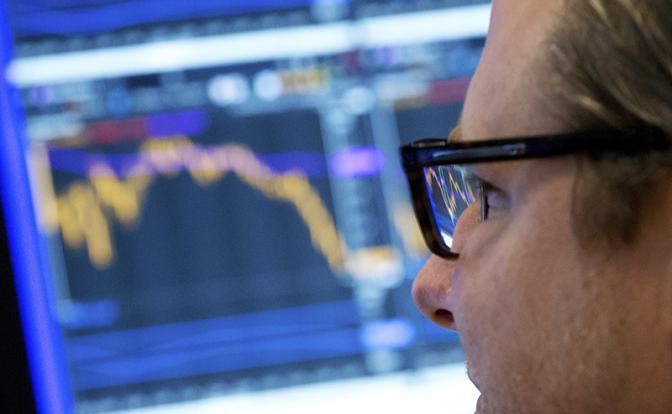 World oil prices decline during trading on Friday, September 27. The November futures for WTI crude oil fell 0.6% to $ 56,07 per barrel. Futures on Brent crude oil with delivery in November has decreased on 0,96% — to $ 62,14 dollars per barrel.

The Finance Ministry is also preparing for the fact that in the next three years will happen the inevitable decline of oil prices in global markets. Of course, it will affect the Russian budget, which is approximately one-third dependent on exports of black gold. Another factor would be the tax cuts (more precisely, the increase in tax benefits) for the hydrocarbon industry.

Will decrease the budget surplus (excess of income over expenditure), which was so proud of the government Dmitry Medvedev. These forecasts are contained in the draft three-year budget of Russia, which will soon be brought up for discussion in the state Duma. And that’s why oil will be cheaper and how it will affect the exchange rate (that is, in fact, on the pocket of every Russian), “Free press” have discussed with our regular experts.

“SP”: — As suggested by the impact on the oil quotes in the near future to provide an extremely tense situation in the middle East?

After continuous growth of the oil quotes are falling rapidly to the level of 60 dollars per barrel of Brent. The cost increase was caused by the attack Yemeni rebels on the largest oil refineries in Saudi Arabia.

Rebuilding businesses damaged drones, still being made, but the owner of the plant, Saudi Aramco, has suggested that it will take less time than previously thought. After this announcement, the price of oil began to fall to the values of August, especially against the background of statements of the President of the United States, which has accused Iran of the attack on Saudi Arabia — the head of analytical Department of the financial AMarkets Artem Deev.

“SP”: — And how big of a role in volatility of oil markets, trade war between China and the United States?

In the last month of summer quotes fell below $ 57 per barrel after a failed trade negotiations, the U.S. and China. Behind them collapsed the yuan and other emerging currencies, including the ruble sank. But the impact and the second negative factor is the strengthening of the dollar after the Federal reserve lowering key rates for the first time in 10 years.

And if in July, oil traded at a mark of $ 63-64 dollars, in September — $ 58,1−59,8. Now quotes the lack of factors of support committed to these indicators, and if oil production in Saudi Arabia will be restored in a short time, the oil again entrenched at below $ 60 per barrel.

And going back to your question. In the case that the world economy will receive support from successful trade negotiations, the U.S. and China, the price of oil may stabilize in the range of $ 60 to $ 62.

Factor trade negotiations will have an impact on the ruble. In the near future he will remain in the range of 63 to 65 to the dollar to 70-72 per Euro.

In the oil market a sense of optimism

The next package of sanctions against Russia provoked a decrease of activity in the currency market and the fall of the ruble, further sreagirovatj on the price of oil. And at the moment the decline in futures has resulted in the growth of reserve currencies against the ruble, — says General Director of managing company “Naftogaz” Islam Nazaraliev.

From the latest news affecting the financial market, I would note the statement by Herman Gref that Russia is ready to drop in the market according to the strategy risk management: from this it becomes clear that this is not the last drop in the coming month.

“SP”: — it would Seem that citizens should first worry about what inflation. But, oddly enough, a greater interest is the question — how much oil will cost.

— Trades the oil market has entered a plus, yesterday a barrel of Brent was estimated at $ 62,67 that half a percentage point more quotes environment. A sense of optimism, after a sudden collapse and the statements of the President of the United States Donald trump that the trade agreement with China could be concluded earlier than everyone assumes.

World markets are also turning their attention to the publication of U.S. GDP for the second quarter, relevant from the point of view of possible negative effects of trade wars on the American economy.

— The Ministry of Finance of the Russian Federation introduced document three-year budget. According to him, it is planned to reduce the tax burden on oil companies by about 5% of that in the near future will result in a slight decrease of prices for raw materials, — says the “Free press” managing partner group of companies, KRK Group Daniil Kirikov. — Of course, this can also be caused by not only reducing the tax burden for the oil and gas industry, but also other factors, for example, a trade war between the US and China. I believe the approximate cost of a barrel of oil could reach $ 55-57 dollars (now $ 61,42), and the cost of thousand cubic meters of gas for European consumers will drop to $ 179 (instead of the current $ 226).