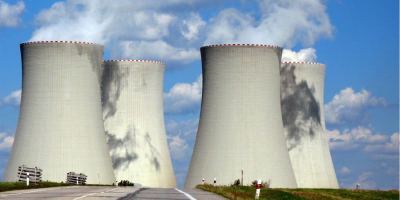 Why renewable energy will not solve global problems with the climate.

In order to avoid serious climate change, advanced countries in the world are switching to renewable energy sources. But some experts believe that this trick will not work, because mankind is still in need of cheap and mass electricity.

Today various governments to quotas, producers of “green” electricity, reduce the cost of electric cars, imposing additional taxes on consumers of fossil fuels and, truthfully, spend hundreds of millions of dollars on the development of renewable energy.

In discussions about solar cells, wind power and even hydrogen engines, the mention of nuclear energy is a kind of bad, because this kind of production is too dangerous and doesn’t exactly fit into the concept of serene eco-friendly future.

Do not agree with many, including the political scientist Joshua Goldstein and engineer Staffan Quist. Recently, the experts oblikovala material in The Wall Street Journal about why renewable energy won’t solve global problems with the climate.

Their main arguments are – by a huge amount of land for such stations and their low productivity. According to the estimates of Goldstein and Kvist, even if each country will start to implement renewable energy sources at the same level as Germany, we will need about 150 years to reduce the level of carbon to secure.

First, it is unlikely all States under the power of such a sharp transition, and, secondly, even if this were to happen, 150 years is too long period to address the looming climate problems.

In a recent UN report stated that mankind has left for 12 years to prevent a global catastrophe. Without urgent changes, within 12 years, will significantly increase the risks of drought, floods, extreme heat and poverty for hundreds of millions of people.

Therefore, Goldstein and Quist offer mass to develop nuclear energy. “The world needs a carbon-free source of electricity that can very quickly increase to enormous proportions and provide reliable round-the-clock supply of electricity, regardless of weather conditions. And all this without increasing the total area for production. Nuclear energy meets all these requirements,” write the experts.

The authors point out that the fears and risks about nuclear energy are overblown. For example, according to them, the amount of nuclear waste is much less than the amount of toxic waste from coal and other fossil fuels.

Goldstein and Quist are also saying that the death toll in the Chernobyl disaster pales in comparison with the number of people who died from non-nuclear industrial accidents.

Although, calling the explosion at Chernobyl in 1986 – the only fatal event in the nuclear power industry over the last 60 years, experts did not indicate the accident at the station Three Mile island in 1979 and the destruction of the station Fukushima-1 in 2011 that also resulted in serious radioactive contamination.

However, the scientist and engineer believe that we should remove the stigma from nuclear energy because it may be the only way to as soon as possible to prevent a climatic disaster.

It is noteworthy that the well-known adherent of nuclear energy is the founder of Microsoft billionaire bill gates. A couple of weeks ago he posted a blog about what I studied in 2018 and what wants to change in 2019.

One of the points was to change national energy policy and the conviction of the leaders of the United States to return the advanced technology of nuclear energy for ochucheny the state of the environment in the future.