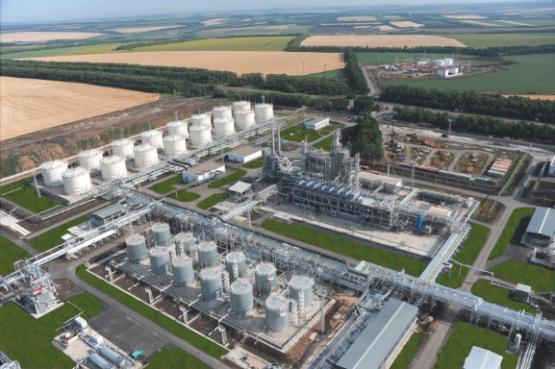 Novocherkassk plant of petroleum products master power for the production of gasoline “Euro-5” in the Rostov region.

The project will invest in the company “Yug-Energo”.

The project for the development of Novoshakhtinsk factory of oil products (NZNP) beginning, the company “Yug-Energo”. This was reported by TASS with reference to the Governor of Rostov region Vasily Golubev.

Is a long term investment, until 2027, the work began today, the partners started implementation of the project. This work to improve the quality of products in the form of a new gasoline of the fifth generation – that is now the standard not only in Russia but also in Europe. Design begins this year, – said Golubev.

It is assumed that “Yug-Energo” invests in the project 177 billion roubles. In the course of its implementation will create thousands of jobs. While the region can boast of having mastered the production of gasoline class “Euro-5”.

Recall that a refinery with a design capacity of 7.5 million tons of oil annually, was built by the famous don the entrepreneur, the owner of the company “South of Russia” Sergey Kislov. The company has commissioned in 2009.

In 2018 in the structure of owners of the company “Yug Energo” which owns SNP, there have been changes. According to the information portal “Donnus” to date, the company is controlled by Ukrainian politician, the head of the political Council of the party “Opposition platform for life” Viktor Medvedchuk. He is also known as the godfather of Putin (President of Russia – the godfather of Medvedchuk’s daughter Daria). At the end of June this year, the politician was famous because it initiates the release of four prisoners of the Ukrainian military personnel.