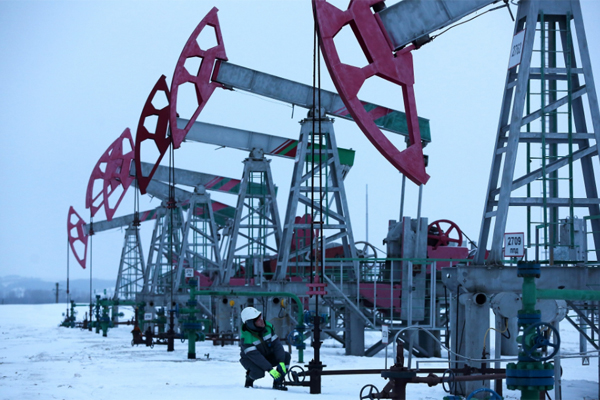 In Russia, as it turned out, only two-thirds of the recoverable oil reserves are cost-effective. Specific figures were announced on the sidelines of the energy week the Russian Deputy head of the Committee Orest Kasparov.

“The results of the inventory obtained the following results: 11.5 billion tons, or 67% of the technologically recoverable reserves are a cost-effective,” said Kasparov, addressing the session of the forum. He said that only in Russia 2700 deposits, it is 28.9 billion tons of oil.

“Of them in the inventory included 719 fields, approximately 92% of all stocks, we have basically covered all stocks. And it is only 26% of all deposits,” — said the Deputy head of Rosnedr.

“61% of all considered under the inventory cost-effective deposits are in the Ural Federal district, that is, it is 5.8 billion tons. In addition, for this territory has the highest proportion of unprofitable stocks, i.e. 74%. Indeed, this region needs special privileges,” — said Kasparov.

The Agency, he said, also appreciated stocks, which are considered stranded (TRIZ) and for which benefits are provided, is 4.6 billion tons. As explained Kasparov, the average percentage of profitably recoverable reserves of objects TRIZ was 64%.

Under the existing taxation system the greatest return on recoverable reserves — 85% — are characterized by a high-viscous oil reserves, he added. According to the Deputy head of the Committee for the development and support of production at the level set in the energy strategy, the need to differentiate benefits.

Earlier, the Ministry of natural resources and ecology of Russia has raised the cost of oil reserves in the country by the end of 2018 almost two times. As stated in the materials of the Ministry, the cost has risen from 39.58 74,51 trillion to trillion.

In dollar terms, the oil reserves of Russia increased by 385 billion and $ 1.07 trillion. Thus in real terms, growth stocks are not so impressive. Over the years it amounted to 8.7%, from 9.04 bn to 9.83 billion tons. It turns out that for the year in the assessment unit Ministry of oil reserves has risen by 73%.