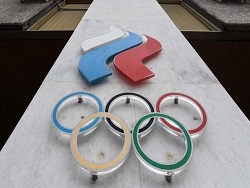 If anyone thought about the implementation status of the “Olympic athlete from Russia” in Pyeongchang is a formality, he is deeply mistaken. The IOC, like a sadistic caregiver at the orphanage, mindlessly and inexorably leads to the execution of all the details of the punishment for the ward, saying: “It’s for your own good.” Obviously, in Lausanne many believe that disqualifiziert Russian stars packs and humiliating the national dignity of Russians, they are doing a great job of cleansing the Russian sports doping. Such will never understand the people of our country, where for centuries was not a strong relationship between crime and punishment, where is the mercy for the fallen has always been considered a virtue. The difference in mentality, but the IOC doesn’t care.

Most telling rule is only for the Russians, published in English only. Although the translated 4-page document would cost the IOC a maximum of € 100 and would take not more than a couple hours. And here the problem is not the understanding of the fact put forward by the Lausanne requirements, and basic respect. Officials of the IOC would hint at the fact that Russian language in Pyeongchang is also not too desirable, although ban and his officials regrettably can’t. Anyway, the official Russian version of the “Seven rules” sooner or later will appear and will offer to sign all 340 members of the Russian delegation – athletes, coaches, medical and support staff. Signature waiver will result in denial of accreditation, and the violation of the signed requirements for immediate expulsion from the Games.

This path has already passed the international athletics Federation and the international Paralympic Committee, admitting to their competition Russian athletes in the neutral status. In General, the IOC acts in the same style – his rules for “neutrals” as senseless and merciless. In fact Russia recognized state and a member of the UN security Council, is placed in the position of the firm engaged in “marketing garbage”, that is, promote themselves at the expense of the Olympics without being a sponsor of the IOC. No 67 years of cooperation of our country with Lausanne or fifteen thousand won for this time of domestic athletes of Olympic medals, has not played absolutely no role. And it should definitely be kept in mind in the future. Some of the items, alas, have no practical meaning and are openly mocking the character. And execute them only abstracting from the situation.

What I propose to go to the Russians at the Olympics the 2018 entertainers from the IOC?

1. All accredited athletes and delegation members Olympic athletes from Russia during the Games in 2018 are required to respect the principles and spirit of the decision of the IOC Executive Board.

Refers to adopted on 5 December 2017 decision on temporary suspension of membership of the Russian Olympic Committee, the Olympic deprivation of accreditation of Russian functionaries and allowing our athletes to perform at the Games in 2018 under the Olympic flag. Any criticism of this verdict can be interpreted as a violation of the rules.

2. Athletes, coaches and staff should publicly and through social networks to introduce myself only as “OAR”, “Olympic athlete from Russia” or “SRF” (in Cyrillic).

In the original official translation of the English phrase Olympic athletes from Russia declined in Russian as a COP. Fortunately, this ambiguous abbreviations has been avoided, although the relationship to us as Sora, obviously, remained. This item is the most controversial of all. The Russians almost a month denied the right to speak and to write what they – the Russians. If in the case of “junk marketing” this item is perceived to be logical, in the case of belonging to the whole nation – this is pure xenophobia. These requirements regarding what happens outside the stadiums and tracks – a direct violation of the Declaration of human rights, and should be cause for investigation to the UN.

We have already passed in August 2017 world Championships in athletics in London. Nothing but bewilderment, like ceremony do not cause. But in this case the IOC embarrasses himself. And the more such situations in Pyeongchang, the better.

4. Athletes, coaches and staff of the SRF during the Olympics (competitions, training, out-of-competition period and during ceremonies) must wear a uniform and accessories (including icons) corresponding to the recommendations of the IOC.

The recommendation the IOC that the Russians in Pyeongchang will not be able to use not only the Russian state symbols, but the flags and coats of arms of regions and images that are clearly associated with Russia (Soviet symbols, the ribbons and so on). Our tricolor is prohibited in flowers shape manicure, scrunchies, tattoos, headphones, and all that can fall eye in a public space. The fans in the stands all this, fortunately, is not prohibited (if the symbols do not become part of the public shares). But the organizers of recommended broadcasts not to show fans with Russian symbols.

5. Athletes and delegation members of the SRF should refrain from any form of public activity associated with the flag, anthem and state symbols, as well as the emblem of the ROC on the entire territory of the Olympic objects, and also in the media (including social media through retweets, reposts, etc.). The flag is allowed to hang in the bedroom in the Olympic village, however, it should not be visible from the outside.

This is extremely mad, because the term “public activity” can be interpreted extremely widely. In order not to violate athletes and coaches need to stay as far away from any of the state symbols of Russia. And if the IOC wants to punish someone, you’ll still be able to press charges on this item at any time. Especially strange is the relief with the flag in the bedroom, which has already become the occasion for numerous jokes and memov.

The IOC wants to exclude situations in which our athletes will be able to finish with the Russian flag or raise with ice or snow a objects with our national symbols. The conclusion from this and previous points – if the athlete sees in Pyeongchang flag, double-headed eagles or something like that, he must escape from this place as far as possible and as quickly as possible, even if this will result in deterioration of his sporting results.

7. Athletes and members of delegations should refrain from alternative ceremonies organized by the Russian Olympic Committee or to any third party for Olympic athletes from Russia or employees of the delegation on any object.

The paragraph has already led to the abandonment of the project of the Russian home and by and large means that our athletes don’t have until the end of the game to receive congratulations from all Russian politicians, officials and even from their Russian friends. For the implementation of all seven items is planning to strictly follow the working group headed by Deputy Director General of the IOC a Feather of Miro and sports Director kit McConnell. All recorded violations will be sent to the Commission under the leadership of Nicole Hoevertsz in the power which the deprivation of Russians of accreditation and refusal to promise the IOC to prevent our team from participation in the closing ceremony of the national flag. And here everything will depend first and foremost on meticulous reviewer. Because in the modern world to make a person for three weeks to stop being a representative of a people is impossible in principle.