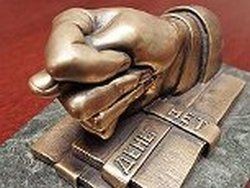 The river of money of the population that steadily flowed into Russian Bank accounts and was a source of cheap and reliable financing for the banking system, has dramatically dried up.

The inflow of deposits in Russian credit organizations in may stopped, said the Central Bank of the Russian Federation on Wednesday. At the end of the month the total volume of deposits of physical persons even slightly decreased – by 0.1% (28.8 billion rubles), follows from the statistics of the regulator.

Losses were primarily large banks from the top 20, which the Central Bank refers to as “systemically important credit institutions” (SZKO): their resource base in the form of savings decreased over the month by 0.2%.

Despite the stabilization of the ruble, which totally dominated the sanctions a failure the summer of 2018 and back to the levels of about 64 rubles per dollar, that ruble deposits lost appeal to customers.

Their volume for the month fell by 0.3% (compared to 68.1 billion), while foreign currency deposits continued to grow.

In may, individuals joined a foreign currency account by a further 0.5%, or 470 million dollars. With the beginning of the year growth reached 7.6%, or 6.7 billion dollars. Based on the current exchange rate (428 billion) is 14% more than it’s on ruble deposits (372 billion rubles).

The share of foreign currency deposits for the month rose from 21.1% to 21.3%, said the Central Bank.

Interest in ruble-denominated accounts reset to zero despite the fact that the weighted average rate in may (6.9 percent per annum) 1.1 percentage points higher than the level a year ago.

The reason why shrinks the resource base of the banking system is falling incomes, leaving people opportunities to save, wrote in March, analysts at Alfa Bank.

Similar trend was observed last year: although the Central Bank estimated the flow of money in retail deposits at 1.7 trillion roubles, in fact, two-thirds of this amount is 1.1 trillion was spent on capitalization of interest, that is money that the banks are accrued to the customers-depositors.

Another $ 300 billion could come on account as a result of conversion of foreign currency deposits into rubles.

Really the new money in the system appeared only 300 billion rubles. This is the minimum for 4 years indicator, which is three times lower than the figure for 2017, and twice less than in 2016, podchitali Alfa-Bank.

Statistics of the Central Bank confirms that by 2018, the Russians sent into savings only 2.5% of their income – more than 20 years, while a year ago could afford to “put off” three times more (8.5 per cent).

Any assumptions that the situation will change in 2019, is not visible, note Alfa-Bank: growth of ruble deposits will continue to rely on capitalization of interest, because elektronnyy the cycle is over, and the need to raise public sector wages is no more.
Read more on https://aurora.network/articles/6-jekonomika/68725-banki-ostalis-bez-deneg-rossijan-pritok-vkladov-rukhnul-do-nulja