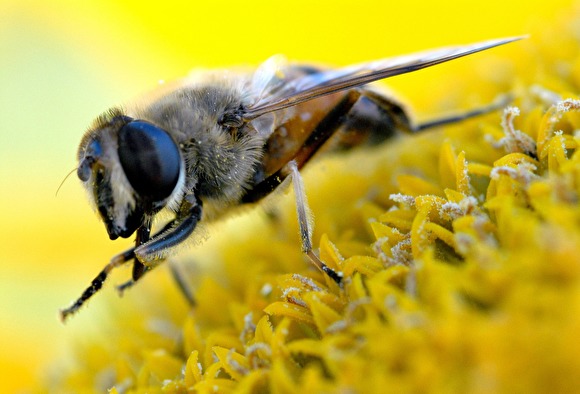 Funny at first glance, the case occurred in the Russian army. Major one of the units near Tambov was reprimanded for flying bees — he waved from it during the build. In court the officer appealed the disciplinary action, but the command did not agree, writes “Kommersant”.

In the Arsenal of the space forces of the Russian Federation Tambov head of Department of material support of Igor Ryaskov was reprimanded for waving their arms during the raising of the flag at the morning formation. It happened on may 25 last year. The command of a military unit considered that the officer has violated the requirements of article 27 of the drill regulations of the armed forces of the Russian Federation. They reglamentary drill stand during the execution of the command “attention”.

Duckweed explained that fended off bees — he’s allergic to the venom of these insects. But the Deputy commander for political-military work of Lieutenant Colonel Vitaly Goncharuk said that hadn’t seen any bees at build time. Thus he “put it address by obscene abuse, the meaning of which is that he doesn’t care”. In the end, the duckweed was reprimanded.

He went to court, where he said that he had tried “to prevent injury while performing military duties”. The court examined the patient card Raskova records about allergies and heard the witnesses, confirmed the presence of bees near the face of major during the build, and decided the penalty to cancel.

But the command did not agree and appealed the decision of garrison court. However, the district court left him in power.