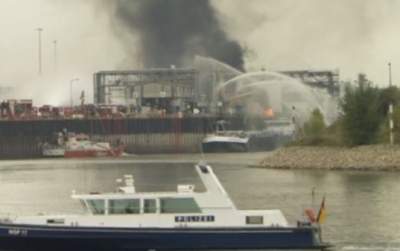 The oil from the tanker fell into the sea.

32 crew members of an oil tanker Sanchi are missing after a vessel collision with a cargo ship off the coast of China. Oil from the tanker fell into the sea, on a place rescuers work.

Iranian oil tanker Sanchi on Saturday evening, January 6, collided with a Chinese cargo ship in the East China sea. The accident resulted in 32 members of the team tanker missing, according to AFP news Agency, citing the Ministry of transport of China. Among the missing – 30 Iranians and two citizens of Bangladesh.

Chinese ship reportedly received no damage that could pose a threat to its security, and a crew of 21 people were saved. A Chinese cargo ship was to deliver grain from the US to China.

According to the Ministry, oil tanker caught fire and its cargo leaked into the sea. On Board was 136 000 tons of oil, which was supposed to deliver from Iran to South Korea.

As of Sunday morning, January 7, at the collision point of the work of the rescue services, including several rescue boats and special vessels to eliminate the leakage of oil into the sea. The collision occurred at sea, about 300 kilometres East of Shanghai.