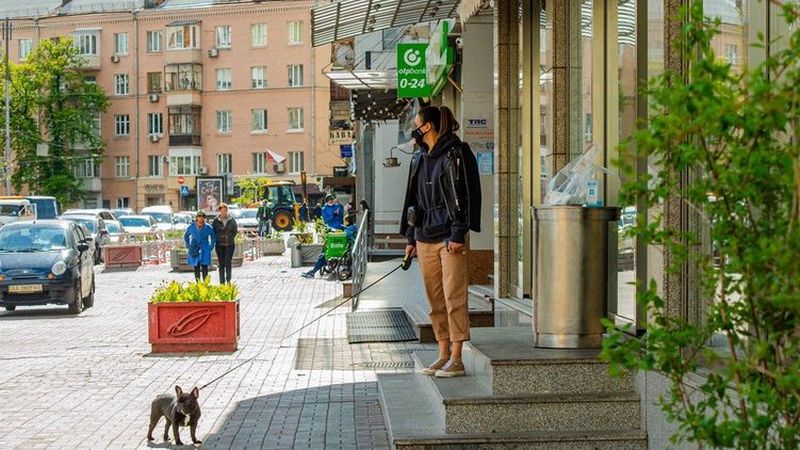 Data on the prevalence of coronavirus in Europe, they say that the richer Western part is more affected by disease than Eastern and Central. Even discounting the distortion of indicators, a significant difference is hard to ignore, reports the Chronicle.info with reference to Country.

Even in the most affected countries in Central and Eastern Europe the incidence and mortality rate per million inhabitants is much lower than in Western Europe. And in some cases the statistics are staggering: for example, Slovakia reported a total of 1413 cases of infection and 25 deaths. And in neighbouring Austria, which is believed to have successfully coped with the virus, 10 times more infected and 20 deaths than in Slovakia (however, in the latter the population is almost two times less).

The number of deaths per 100 thousand inhabitants

The reasons for this difference called different: lower life expectancy in the East (with the result that there is less vulnerable the elderly), lower population density, lower number of flights to China, lower rates of testing or even just luck. Perhaps in the Czech Republic and Slovakia also helped to stop the spread of the virus the compulsory wearing of masks outdoors — these countries have introduced it at an early stage of the epidemic.

However, the most important factor is probably the earliest quarantine, announced by almost all countries in the region. While in Britain and other Western States public events and mass gatherings were not prohibited on the second and third weeks of March, in Central and Eastern Europe governments, frightened by the events in Italy quickly declared such a ban.

In many countries to take this step helped another concern related to inadequate funding of the health system. 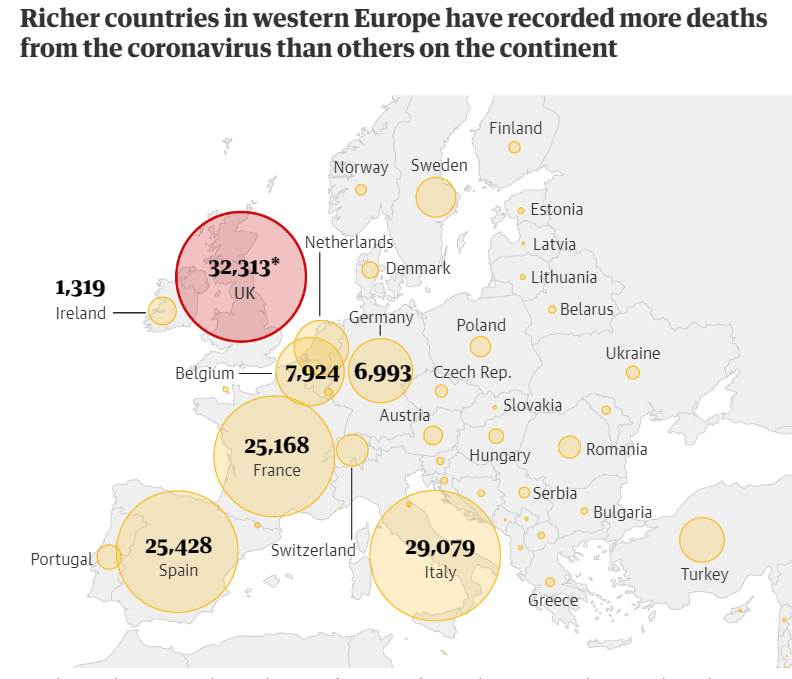 The number of deaths in Europe

In addition, the population of the Eastern regions were more willing to follow the orders of the authorities, and there was less dissent with the quarantine, than in Western Europe or the United States.

“The fact that we feel vulnerable with our health care system, forced people to follow the restrictions”, — said the Bulgarian political scientist Ivan Krastev.

Greece, which previously also imposed a strict quarantine to avoid the burden on the health system, which has suffered from austerity, is another country where the figures are still impressively low. Now there is only 2620 confirmed cases of infection with coronavirus in a population of 11 million people.

Officials in the Eastern region remember about the high probability of a new surge in the incidence. Therefore, many countries are considering the possibility of easing of the quarantine, but do not supersede strict border controls to keep out foreign visitors, or at least isolate all new arrivals.