Today became known the price of the smartphone OnePlus 5T, already being sold around the world, in Russia. As always, it was very much too high, and overpayment letters to the PCT on the box in this case is too big, so ordering from China is still very profitable. 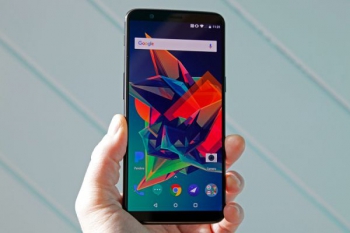 So, a younger version of OnePlus 5T in Russia is estimated at 42,000 rubles, and it will include 6 GB RAM and 64 GB ROM, whereas in China it can be bought for around 28,500 rubles without discounts. As for the modifications on 8-128 gigabytes, then it will have to pay as much as 45,000 rubles at the price of 33,000 rubles in China. The start of sales is scheduled for January 26 this year, and AliExpress with GearBest will probably time for this event next action on this smartphone.

Recall that OnePlus 5T is the flagship processor Qualcomm 835 with a large screen Full HD+ 6 inches diagonally. The AIO is able to recognize its owner’s face and supports all cellular networks around the world, plus it already runs on Android OS 8 Oreo with a proprietary shell Oxygen OS and its camera is 16 MP at the front and 20+rear 16 MP know how to do truly high-quality pictures at any time of the day or night and in any weather.