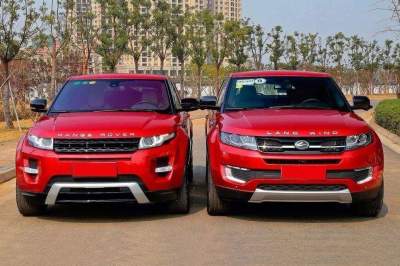 Sometimes the similarity is so obvious that an inexperienced person is difficult to distinguish the fake from the original the first time.

The experts decided to find five of the most successful of the clones.

In the first place was the model Huansu C60, which is sure and reliable clone of the Lamborghini Urus.

Of course, the resemblance is only superficial, on inner stuffing. Although it is worth noting that the model is very similar to the Urus, but is not a direct copy. Each detail is slightly different from the original. Hidden under the hood a 1.5-liter engine.

However, Chinese engineers and designers apparently did not have the budget that would create a really interesting copy. Actually – it’s a toy for adults, equipped with a motor of three (3) horsepower.

BAIC BJ80 is a good cheap alternative to the legendary Mercedes-Benz G-Class.

The model is almost completely, except for some details, copies of the German SUV of the last generation. All the differences are in the front part with different optics and a different grille.

Brilliance V5 is an attempt to create something similar to the successful model of the BMW X1. Although there is similarity, to confuse these models impossible.

However, the model exclusively by the city and is only offered with front wheel drive.