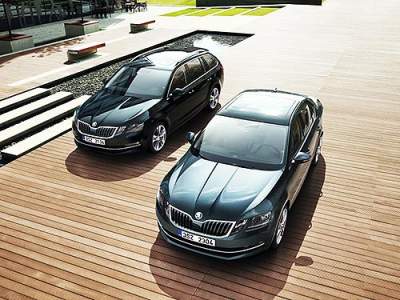 The selection of the most interesting models in the past year.

In 2017, the year in Ukraine was presented about fifty new car models, which AUTO-Consulting regularly told. Sometimes it was a new generation, sometimes a facelift. The market launch of some new products was accompanied by the lush presentation and interesting test drives. And some appeared in Ukraine so quiet and not noticeable that even caused controversy: was new or not. All this, of course, had an impact on sales. AUTO-Consulting analyzed the results of 2017, and ready to call it the most successful premiere.

An objective picture of the statistics of AUTO-Consulting, sales of each new model in 2017 year. And the ranking of the most successful Prime Minister is based on the volume of vehicles sold and sales growth, compared with the year 2016.

1. This model can unconditionally called the most successful premiere last year. Renault Logan phase 2 – took 3rd place in the ranking of sales. Not in your class, and in the overall standings.

2. Will not give up in the success and the updated SKODA Octavia. This model takes the 5th place in sales in the overall ranking. And, of course, the first in its class.

3. A good can be called the start of sales of the updated Nissan Qashqai. This crossover has continued the glorious traditions of the Qashqai and, as before, one of the ten leaders of sales in Ukraine.

4. Successful, you can fully call to enter the Ukrainian market and the new generation Renault Megane, especially after the appearance of the Sedan version. And the title of “Car of the year in Ukraine” it obviously helped. But without any titles Megane has clearly earned success. In its segment this model now occupies the 3rd position for 2017 sales of the Megane, according to AUTO-Consulting, increased by 275%!

5. Nice has started and new, and in fact deeply updated Mazda CX-5. Even despite the fact that debuted the CX-5 in the middle of the year, sales of a new generation of this SUV grew more than 50%.

6. Not bad at all took our drivers and the updated Renault Sandero. In its segment this model takes the first place. According to AUTO-Consulting, sales of the Sandero with the release of phase 2, increased more than 25%.

7. Updated Nissan X-Trail also liked Ukrainian motorists. Compared to 2016, according to AUTO-Consulting, the sales of this model grew more than 50%.

8. Was well received the updated Skoda Rapid. According to AUTO-Consulting, the sales of this model grew more than 50%. And in his Rapid segment in the first place.

9. In a number of successful successful Premier 2017 and got a new Hyundai Accent. The novelty has enabled the brand to significantly add to sales.

10. Closes the top ten most successful Premier 2017 Lexus RX. This model is leader in its segment. According to AUTO-Consulting, sales of this crossover, compared to 2016 increased by almost 40%.

Among other novelties, adequately published in 2017- new Ford Fiesta, Skoda Kodiaq, Honda Civic, Peugeot 3008, Hyundai i30, Citroen C-Elysее, Peugeot 301 and Ravon R4. They were all well received by customers, but copies are a little inferior to the leaders of the rating.