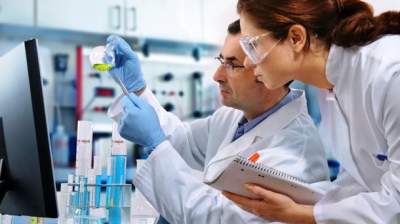 Scientists from English University of reading said, the better to feed the children before exams, to enhance the efficiency of the brain.

The researchers named the blueberry the best product that can improve brain activity for a short period of time. Their report published in the journal of The Telegraph.

Scientists conducted an experiment in schools. They have set the task to the monitor and to press the corresponding arrows that appear on it.

The results showed that children who consumed juices with contents of blueberries before a test, do 10% better than the rest. The benefits of blueberry experts around the world has long been known, however, for the first time managed to prove its positive impact on cognitive ability.

Previously, the journal Sleep published a report of scientists from France, studied the night talking sleeping people. Experts say: sleep talk are mostly aggressive in nature, which, in their opinion, is a reflection of hidden emotional problems.

A group of specialists from several research centers were invited to participate in the experiment, 232 people of different age and sex. For several nights scientists have closely followed what was said in the dream that their subjects. In General they have heard and almost 3.5 thousand words.