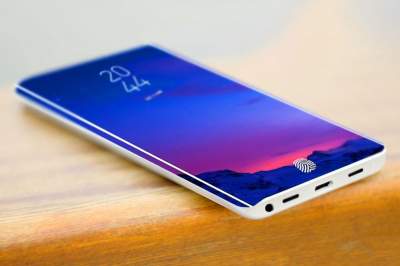 Right out of the box to the new installed Android 9.0 Pie

Some of the best smartphones on the market currently, Samsung produces, but in recent years, its products began to look less interesting than that from the well-known Chinese electronics manufacturers.

To prove its dominant position in the market, the South Korean brand has decided to create and bring to market a phone called Samsung Galaxy A8s, announcement of which will happen in the next few weeks, and in early 2019 it will become available for purchase around the world.

The main feature of Samsung Galaxy A8s is it a 6.4-inch Super AMOLED screen with a resolution of 2340 x 1080 pixels (FHD+). The fact that in its upper part is a round hole for the front camera and the display through that is more than 93% of the area on the front side, and this despite the fact that we are talking about the smartphone from the middle price range and not the flagship with a price tag under $1000. However, of course, the novelty will be sold at a high price of $600.

Support wireless charging a new smartphone brand, will likely not, but its body will be made of tempered glass Corning Gorilla Glass, but the generation is not specified. Dimensions of the smartphone Samsung Galaxy A8s are 158,4 x 74,9 x 7.4 mm, while it weighs only 173 grams.

Right out of the box for a new product will be the Android operating system 9.0 Pie, and the presentation will take place on 10 December 2019, but is likely to announce this day the only model for Chinese region.