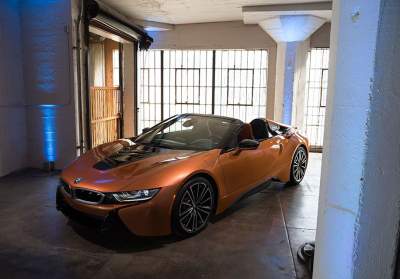 BMW has announced prices for the i8 Roadster.

The Roadster will also be offered in a special version of the First Edition. From the base variant such machines will be different black parts of the exterior, matte wheels, special signs, and a booklet with autographs of the heads of all departments involved in the development of the model. All will be built 200 of these cars.

The debut of the BMW i8 was held in November 2017 at the motor show in Los Angeles. The model is equipped with a soft top which retracts vertically into the compartment, installed in place of the second row seats. The roof is equipped with an electric drive. It can be folded at speeds up to 50 kilometers per hour.