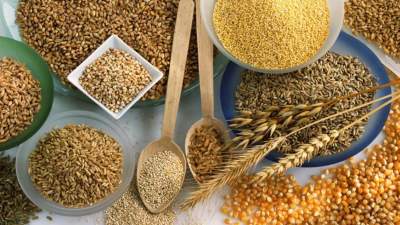 The results of the latest research.

American nutritionists have called the most preferred way of eating cereals and products derived from them, contributing, in particular, weight loss. A study published in the American journal of Clinical Nutrition.

According to the authors, the most healthy are whole grains, not processed (crushing and purification), cereals. They promote weight loss and reduce the risk of cardiovascular diseases.

To such conclusions scientists have come, watching eight weeks for diet 81 volunteers aged 40-65 years. During the first two weeks, participants ate about the same foods that contain processed grain. Then they were divided into two groups of 40 and 41. The first remained on the same diet, and the second began to only eat unprocessed grains. The diet groups at rest were similar, in particular, are equally balanced in protein, fats and carbohydrates.

It turned out that the participants of the second group, the intestine contained greater numbers of bacteria of the Lachnospiraceae and less Enterbacteriaceae. The first microorganisms conducive to a normal pH, the second — contribute to the development of inflammatory processes. In addition, the effect of consuming whole grains leads to a decrease in the total energy value of daily ration of about one hundred kilocalories (roughly equivalent to intense walking for half an hour).

The authors recommend to include in your diet, in particular, products made from wholegrain flour, oats and brown rice. The differences between processed and unprocessed grains, according to scientists, is that the second contain less fiber and minerals.