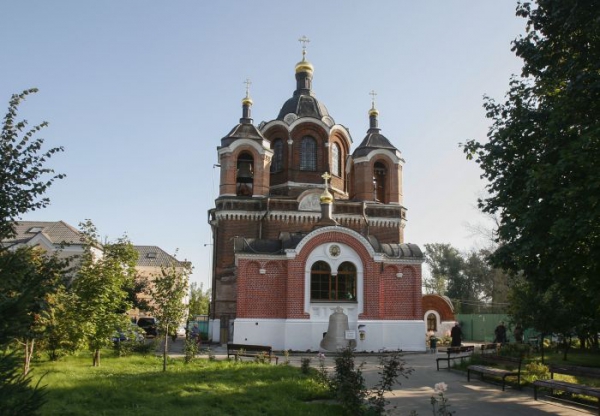 The Moscow police have established the whereabouts of the missing employee of the Agency “Interfax” Margarita Ignatova, her life is out of danger, told TASS in the press service GU MVD in Moscow. The girl was sought since 17 November morning she went to Church and never came back.

According to “Komsomolskaya Pravda”, Ignatov accidentally found a volunteer helping Church of the Sign icon of the Theotokos in Khovrino. This Church is located near the girl’s home. Ignatova was lying curled up in a ball behind the hardware extension between the temple building and the fence, the cameras weren’t there.

“We are here from morning dog walking dogs – in the Church opposite called that the bomb was found. I’ve decided to go throughout the territory, – said a volunteer of the temple. – I look, and there the girl is. It is, apparently, not himself. While her doctors were dragged, screaming something about religion that it does not have the right to touch what is it in the Church.”

According to the Telegram-channel Life Shot, the girl repeated the phrase “I think, think, think…” Informed the mother Ignatova told me that recently her daughter had a nightmare that her very depressed, and then she decided to go to Church.

The source of CP in law enforcement suggested that Ignatova depression. Working with her doctors. “She these two days lived under the building, apparently. Under the building there is a space, it’s warm here and not cold,” – said the interlocutor of the newspaper. The police finds out circumstances of incident.

The disappearance Ignatova was prosecuted for murder. The girl’s mother said she left home without documents, money and phone. She assumed Margaret, something happened “against her will”. Former colleagues said that Ignatova with anybody close did not communicate, and was characterized by secrecy. Once she’s a month out of sight of colleagues and management in connection with major depression. Study at MSU Ignatova took place at the Department of Church history and was fascinated by the topic of sectarianism.