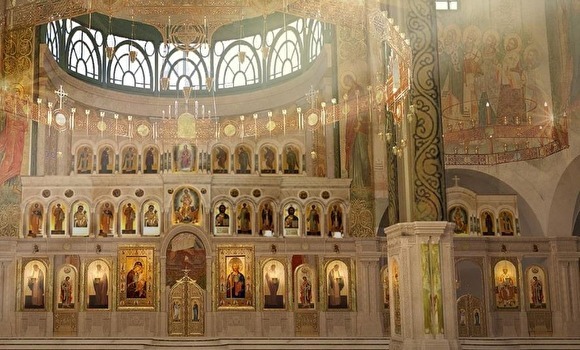 Soldiers of Khabarovsk have declared that they are forced and required to hand over money for the construction of the main temple of the Armed forces that the defense Ministry plans to build by 2020-th year in the Park “Patriot” in the Moscow region. According to the portal DVHAB.ru every military must “sacrifice” the 500 rubles.

“The money collected for several months — passed at will. But this week, all the squad leaders were ordered to gather with subordinate amounts, and lists of names. This applies even to those soldiers who profess another faith. The amount is small, but forced donations is wrong. According to the website of the charity Fund “Resurrection”, which is raising funds today to build the Church was donated to 43.8 thousand people and organizations. However, the amount contributed each of the donators, the site is not specified, said only that in total collected 1.7 billion rubles.

Note, when the fundraising has just begun, opposite the name of each donor was provided, the amount of the donation. But after journalists noticed that the amount of a number of donors are identical up to cents, the Foundation representatives chose to hide this information.

Temple Armed si plans to build the 75-th anniversary of victory in the great Patriotic war. Capacity of the temple will be about 6 thousand people. Recently, the Ministry of defense showed the sketches of the temple. The description says that the monumental building was designed in Russian-Byzantine style. The temple is five-domed and cruciform. The base is made from “Vladimir limestone carving”. From it, as noted, traditionally built temples in the Russian Empire and Ancient Russia. During the construction of the temple will be “widely used bronze items, whose muted green color echoes the colors used in the Russian army”. According to the draft, when facing the Church will be used of the glass panel and natural stone.

Earlier, defense Minister Sergei Shoigu said that all donations must be “absolutely voluntary”.