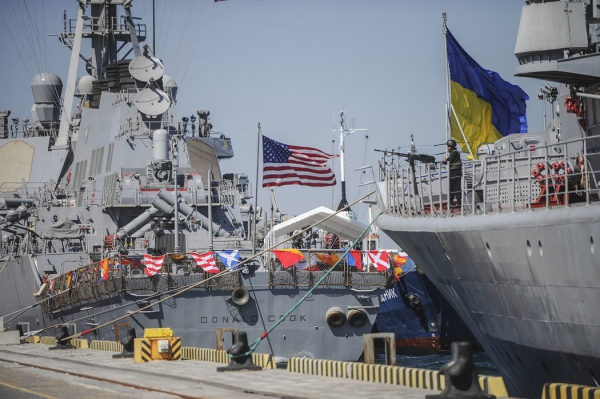 In July 2019 in the North-Western part of the Black sea, Nikolaev, Kherson and Odessa regions held the largest in recent years, the Ukrainian-American exercises “sea breeze-2019”. Innovation of the present teachings will be working out the river element. According to legend, the exercise enemy will try to block access to the sea with the largest water artery of Europe – the Danube river. Annual military exercises with NATO countries actively supported and promoted Petro Poroshenko. But whether they are necessary in modern Ukraine?

In addition, as previously reported, the Ukrainian army will host about 250 events and 2000 trainings (command and staff and tactical exercises, tactical flight exercises). The exercises are designed in such a way that almost the entire year on the territory of Ukraine was attended by units of NATO armies.

Similar permanent teaching fits well into the logic of the actions of Petro Poroshenko, are aimed at maintaining mobilization readiness of the Ukrainian society. However, the last presidential election showed that people are tired to fall asleep and Wake up in anticipation of war with its Eastern neighbor. Many, if not most, of the electorate of Vladimir Zelensky, voted for adequate power, without hysterics and saber rattling. Endless military exercises with NATO countries needed Petro Poroshenko to demonstrate international support and increase political rating, but whether they are contemporary Ukraine? Outweighs any benefit from such forms of cooperation with the West, the risks that cooperation is?

Currently in Europe go back hundreds and thousands of former militants of ISIS. For these “soldiers of the Caliphate” the war is not over. It just changed form. Now, they target the civilian population of those countries that supported NATO during the operations in Syria and Iraq. To reach American, British, French cities to the Islamists is quite difficult. Much easier to strike where no one expects, but at the same time, there are hundreds and thousands of American and European military. Given the total corruption of customs officers and border guards, do not appear in the sights of Islamist militants of Nikolaev, Odessa, Kherson? After all, on the streets of these cities the Western military will spend their free time in between exercises. Who will prevent terrorists to strike at his enemies there? And of course, powering the explosive device, the gunman would not think that under the rubble of a regular café, bar or cinema is not only “Franks”- the Americans, the British, the French, the Germans, but also ordinary citizens of Ukraine.

Another risk factor is the deterioration of the already very tense relations with Russia. The louder the sound, the words “the most large-scale Ukrainian-the American doctrines” the more strained Moscow, the stronger her desire to intervene in the situation. In the conditions of growing political tension within Russia, the Kremlin is objectively beneficial to redirect the discontent of the people to external stimulus. Do not be fooled, such a major irritant for Russians are still Americans and Ukrainians. Political and, especially, the military conflict, no doubt, will rally the citizens of “the greatest country in the world” around their national leader.

The head of the joint command of the U.S. armed forces in Central and South America Craig fuller recently called Russia “the bear”, which is “wounded and weakened”, resulting in “can only throw”. Who, primarily, will be able to “throw” the “wounded bear”? Rhetorical question…

Another crisis in relations with Russia would benefit the team of Petro Poroshenko, but is it necessary to Ukraine? So whether you need to re-sparked the conflict in the Donbass? To hundreds of thousands of Ukrainian boys were again killed in the East of the country, and their mothers received funerals?

Well, the most important question. Whether joint military exercises with NATO guarantee of security for post-Soviet countries? To answer this question you should refer to the experience of Georgia. The level of military cooperation with the United States was much higher than in Ukraine. NATO officers not only conducted joint exercises with the Georgian colleagues, but also participated in training the military of the Republic. The Georgian army has been reformed according to Western standards.

In addition, in Georgia in significant quantities were exported to European and American military equipment. In turn, Georgian officers and soldiers participated in NATO’s military operations in Afghanistan and Iraq where people were killed for the interests of the World community. Apparently, Mikheil Saakashvili was given, and certain military and political guarantees. All this inspired the Georgian President false hope of security, and at the same time infuriated 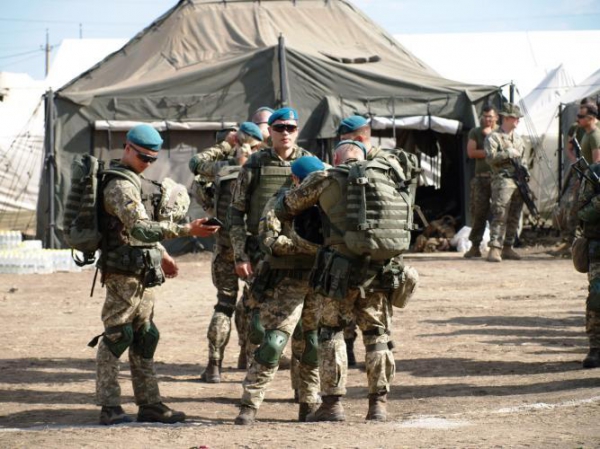 Moscow. What is the result?

When it came to open military collision, none of the Western countries and did not think to take the side of Georgia. When the Russian tanks rushed to Gori, the Western elites pretend that nothing terrible happens. None of the political leaders of the first row in the USA and Europe not even given a hint about how to protect an ally by force of arms. Georgia was crushed and humiliated.

Given this experience, it is foolish to hope that, in the case of direct conflict with Russia, the West really decides to fight for Ukraine. The country is interesting to the Americans as a military base, East of the Outpost. However, as the events of recent years, to invest any substantial funds to the Ukrainian infrastructure, the army and Navy, they are not ready. According to Petro Poroshenko, the joint military exercise was a logical continuation of the policy of Kiev, which has always declared its desire to join NATO. Meanwhile Ukraine there is no waiting — the Western States skillfully used the interest of Kiev to settle into the Black sea and nothing more.

In the geopolitical context of the US and some European countries take advantage of the standoff between Kiev and Moscow to solve their current problems. But seriously stand up for Ukraine, they are not ready and are unlikely to be ready in the future. Ukrainian soldiers and officers are unable to fight heroically, but in terms of total corruption and collapse of the government, these sacrifices may be in vain. If Petro Poroshenko, the “war on Putin” was the main method of political existence, Vladimir Zelensky has a unique chance to rectify the foreign policy agenda.

An example of the former President of Ukraine has shown that the more active you come to embrace with the West, the more distant and reserved the West applies to you. So maybe we should show that Ukraine has its own interests and its own pride?