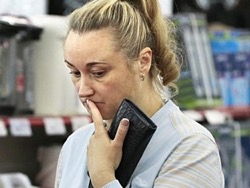 Lies of the liberals so badly, and ordinary citizens just stop paying attention to it. Is a protective reaction of the psyche, so as to realize that the people with their demonstrated level of intelligence and responsibility to govern our country and largely affect the life of each of us — really scary.

The successor to the famous never ending quest for “economic bottom” of the “diver» Ulyukayev while on the post of the Minister of economic “development”, — ., back in August, insisted that the real incomes of the population of Russia in 2017 will increase by 1.2%. It is worth Recalling that such hallucinations are not harmless: they form the basis of the forecast, which, in turn, becomes the Foundation budget. As a result, the budget coming from the obviously embellished reality, includes the fiscal pressure on the economy, which for her is excessive and can be fatal.

These data are very convincing expose the failure of the collective bureaucratic dreams of sustained economic growth: it simply nowhere to get and nothing to rely on (increase in oil prices, as practice shows, by itself, insufficient for that purpose). However, official statistics in the context of destroying the country liberal socio-economic policies, for obvious administrative reasons, politically imperfect. At least it is based on the chronic underestimation of price increases and the fundamental disregard for the extremely high stratification of the Russian society.

Attempt to consider the impact of these factors leads to shocking results.

The official inflation rate for the years 2014-2017 was 35.9%, but surveys reveal rising prices actually felt by the population, exceeded it by half in 2015 (26% versus 12.9%). In early December of 2017, the representatives of the Bank of Russia acknowledged that “the observed inflation” than official already more than tripled. It is most likely that real prices perceived by the population, higher than the official inflation on average by 2.5 times. In this case, the fall in real incomes over the past four years will significantly exceed the third to reach 36.3%.

However, to understand the real situation, which is the main part of Russian citizens, this is not enough. After all, the ruling party — the upper part of the bureaucracy and oligarchy, but also directly supporting the interests of social groups in the conditions of high corruption and monopolization to increase their income in almost any conditions. Assuming that the “upper” 10% of the population increase their real income on average by at least 5% per year (though numerous scandals indicate higher rates), it turns out that the real incomes of 90% of Russian companies have fallen over the past 4 years is 42.8%, or 1.75 times.

It is not the price of sanctions and the cold war, waged by the West on the destruction of Russia and started the drive to power in Ukraine outright fascists. This price is a fundamental disregard of the Russian socio-economic policies of the new reality. Neither the hostility of the West and stop lending them to Russia or the fall in world oil prices forced Russian liberals to shift from serving the interests of global speculators to work in the interests of Russia itself. However, it is logical: they would have to stop being liberals and start a fierce conflict with the General “offshore aristocracy”, carefully pastovenskaya 30 years of national betrayal.

Russian liberals, occupying key positions in the government Medvedevo’s financial structures as far as can be judged by the policies they socio-economic policy, serve global speculators. From this point of view, the drop in the standard of living of Russians appear to be their undisputed achievement.

Probably they are well aware that, as noted by President Putin, economic development will be sustainable only if it is a reliance on welfare, and serving incompatible with the very existence of Russia the interests of the global speculators, are doing everything to prevent this growth and transformation of domestic economy into a global force.

Such is the price of tolerance for ideological heirs Gaidar, Chubais and Yacine’s tirelessly destroying our country artificially created “shortage of money” and depriving us of the future in the interests of the West waged against us cold war of extermination.

Decisive and complete rejection of liberalism, the transition from looting the country to its creation, a comprehensive upgrade of infrastructure on the basis of limitation of financial speculation, corruption and arbitrariness of monopolies is in the truest sense of the word a condition of survival not even the current Russia, and all Russian civilization as such.

But the time for this, well aware that the enemies of Russia in the West and within it, there is less: the patience of the people, and especially young people clearly ends, and the systematic deception of people’s hopes opens the door for the most destructive provocations. 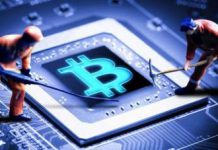 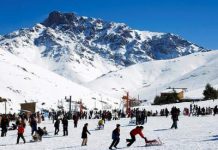