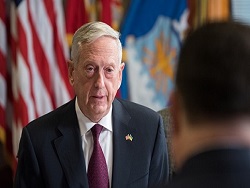 Pentagon chief James Mattis said during a meeting with the head of the defense Ministry of Ukraine Stepan Poltorak that Washington looks forward to the adoption of Kiev of the law on military reform. This is stated in the statement a press-the Secretary of Department the white.

It is noted that Mattis supported the objectives of the forthcoming reform.

“He (Mattis − ed) called the national security act of urgent priority and expressed hope that the presidential administration and the Verkhovna Rada − Ukraine’s Parliament − will take swift action and hold a bill that will provide a strong legal basis for implementation of reforms in the defense in support of a secure and democratic Ukraine”, − said the representative of the Pentagon.

According to her, Mattis and Poltorak agreed to expand cooperation between the two countries.

The Minister of defense Poltorak thanked for courage in the face of “Russian aggression”.

“He (the head of the Pentagon − ed.) expressed his appreciation to the Poltorak for the courage of his country in the face of Russian aggression”, − stated in the message. 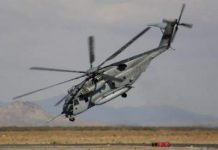