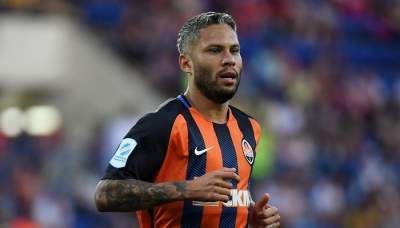 The leader “Shakhtar” Marlos due to injury can not play in the match of the second round of the group stage of the Champions League against Manchester city.

As informs a portal “Team No. 1” Marlos in training is injured. The nature of the damage is not specified.

With high probability, the naturalized Ukrainian will not help Shakhtar in tomorrow’s Champions League match against Manchester city.

Probable loss of Marlos – the second major blow to Shakhtar’s chances in the games against Manchester city. In early October, the Pitmen in Ukrainian League match against Zorya at least four weeks lost to Tyson, whose damage to the medial lateral ligament of the knee.

The main contenders for getting into the starting lineup in the home match against Manchester city in the absence Marlos and taison are considered to be Wellington Nem and Fernando.

Shakhtar in the Champions League started with two scoring draws with the score 2:2 in the home match with Hoffenheim, the Ukrainian Champions escaped defeat thanks to a late goal and in the away match with Lyon not kept the advantage at two goals.