The wonders of nature.

Talk about some of the most rare species of marine mammals.

Narwhal – a form close to the vulnerable situation.These unique animals resembling the unicorns live in the cold Arctic waters. 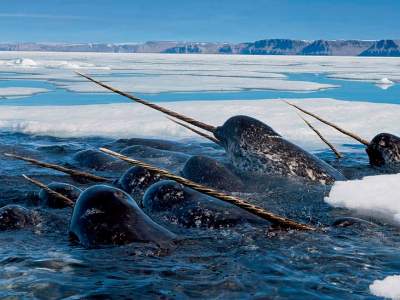 In the middle ages because of the “horns”, which, as was supposed, has magical powers, narwhals destroyed in huge quantities. However, even today unusual Tusk can cause the killing of these whales. 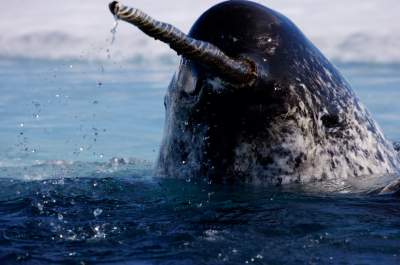 In addition, before to hunt narwhals the Inuit used harpoons manually, and nowadays often hunt by motor boats and automatic harpoons. On top of that narwhals – some of the most vulnerable to climate change and pollution of the marine mammals in the Arctic. 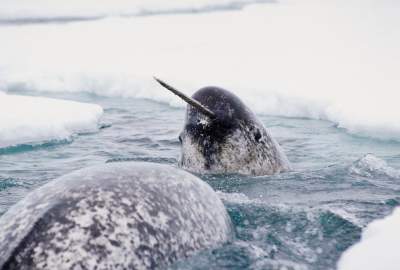 Narwhal is listed in the International Red book and the Red book of Russia. The total population of this species is around 80 thousand individuals. 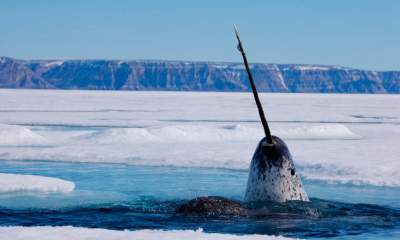 Interestingly, the “horn” of the narwhal is not a horn. In fact, it transformed the left front tooth that grew straight and curved, small spiral Tusk. It is hollow and weighs about 10 kg. Long tusks, only male narwhals, females are more short and straight “horns.” 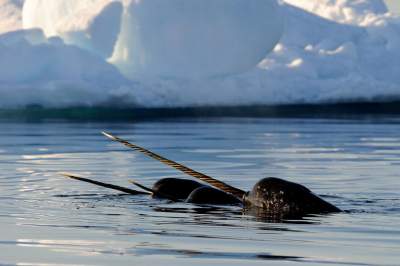 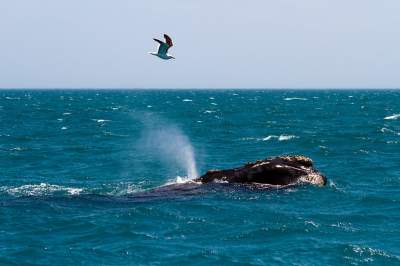 Because of the relatively slow movement, and tendency to swim near the coasts and the high content of subcutaneous fat of the southern whales in the past was one of the most coveted spoils whalers. And today, despite the fact that whaling is prohibited in most countries, the man is still the greatest threat to these species. 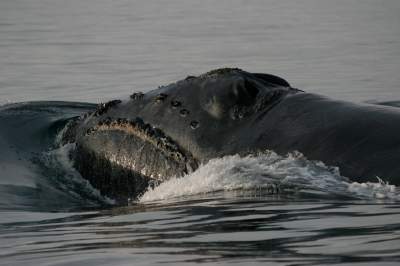 According to scientists, one of the main reasons for the decline in southern right whales is that the latter is often mortally wound the court. And besides, South whales, like other cetaceans are often entangled in fishing gear. These two anthropogenic factors, for example, for North Atlantic Atlantic right whale make up 48% of all deaths of this kind. 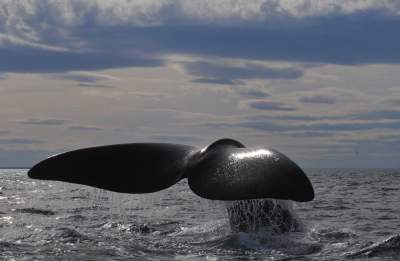 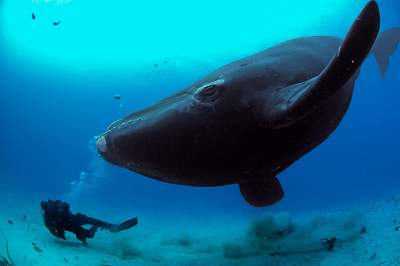 California harbour porpoise, a species on the brink of extinction. This is the smallest marine mammal (its length is not more than 145 cm) lives exclusively in shallow lagoons of the Northern part of the Gulf of California. Scientists estimate that only wild nature left from 100 to 300 individuals of this species that is most threatened in comparison with other representatives of the order Cetacea. 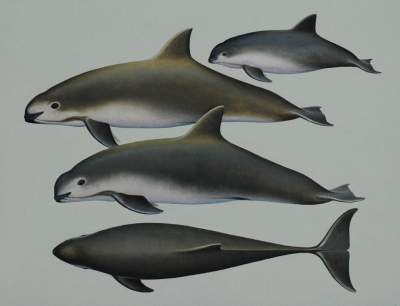 Today the number of California swine continued to decline,and this is primarily due to the fact that animals are often caught in gillnets (setae canvas, which put up along the shore). For example, according to research conducted in El Golfo de Santa Clara, one of the three largest marinas, home to California’s pigs, fishing nets are the cause of approximately forty deaths of these animals per year (i.e. annually kill an estimated 17% of the population of California pigs that live in the Harbor of El Golfo de Santa Clara). Scientists suggest that only a complete ban on the use of fishing nets in the habitats of these animals will help maintain the rare species. Other threats to the life of California harbour porpoise is the pollution of their habitat.

It is also important to note that if this species disappears in the wild, this will have a significant impact on the ecology of the Northern part of the Gulf of California. So, it may decrease the number of sharks in the diet consists of California porpoise, and cause an overpopulation of some species of bottom fish, squid and crustaceans, serving food of this animal.

Interestingly, California sea pig is moving very slowly. It periodically rises to the surface to breathe, and almost immediately disappears in the water. In suitable conditions, this animal can live about 20 years. 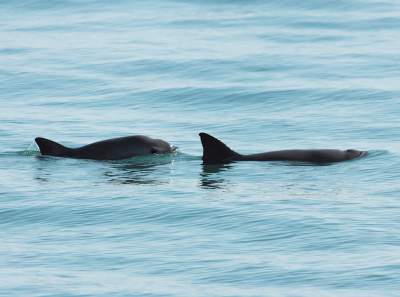 The blue whale, an endangered species. Before the start of the 20th century, these large animals on Earth were spread almost in all the oceans (the approximate number was then 202 thousand – 311 thousand individuals).

Picture of a blue whale in comparison with the diver:

But later they started hunting and within a century almost completely disappeared. When in 1966, entered into force an international ban on catching blue whales, the population size began to increase gradually. Today, according to researchers, in the wild there are about 10-25 thousand blue whales. 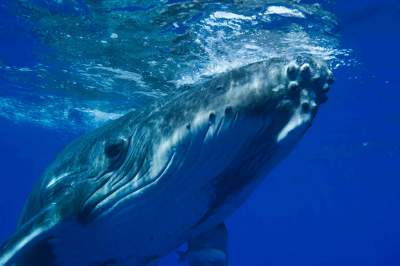 The blowhole of a blue whale (directed to right): 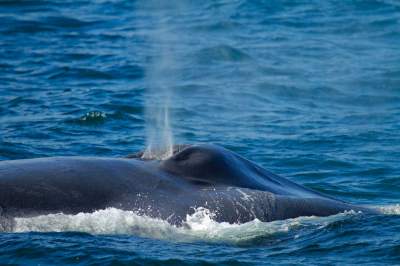 Because of their enormous size adult blue whales have no natural predators. However, they can be fatally injured after a collision with large vessels, and also die in fishing nets. In addition, the increased background noise in the ocean, in particular because of the sonar interferes with the whales to navigate and communicate between themselves, which in turn makes it difficult to find a partner for reproduction. 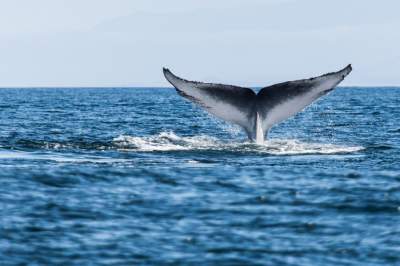