For many of us, Netflix movies and TV shows are the greatest way to relax and have a good time. But our current hero, thanks to the streaming service, learned not the details from the new season of the series, but the fact about his family life.

A Reddit user under the nickname jakiwi3 told his sad story. One day, he received an email from Netflix informing him that the account password had been changed. But the man was even more surprised by the headline of the message: “Hello, the guy who slept with your ex-wife.” 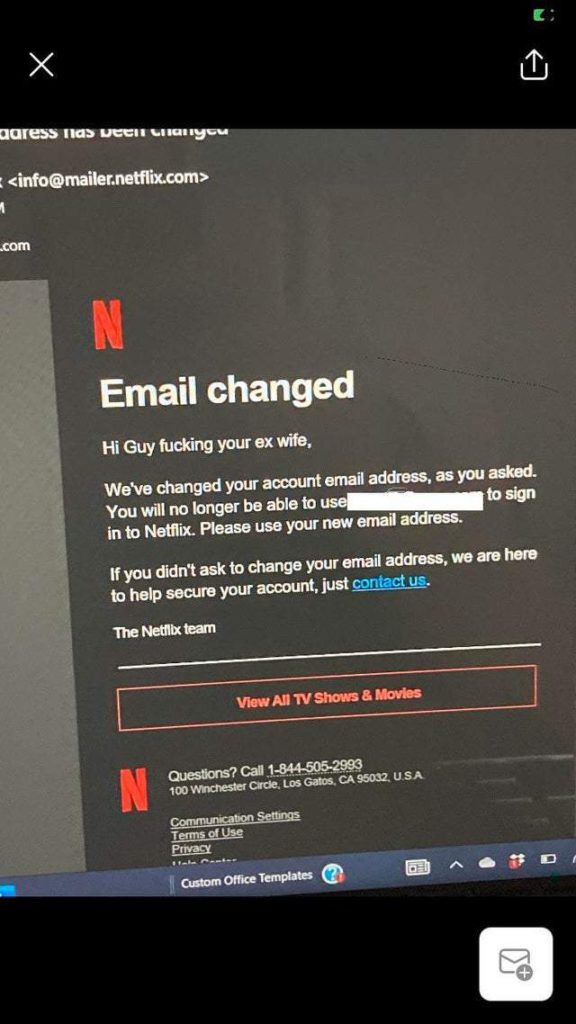 The couple had a joint account, but the unfaithful wife and her lover decided to appropriate it for themselves and did it in an offensive way. The user said that he was very upset by the news about the betrayal, as well as the fact that now he was left without an account. The man also said that he did not divorce his wife and does not understand why the lover called her “ex-wife”.