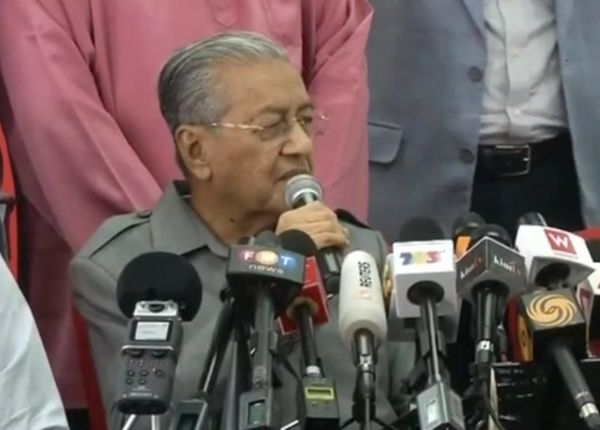 93-year-old head of the Malaysian government Mahathir Mohamad declared that “the seizure of Palestinian land for the illegal creation of the state of Israel is the main cause of terrorism in the world”, reports “Malaysia Today”.

He also added that Israel must allow the Palestinian Muslims who fled their homes to return in order to regain “ownership” or at least to accept the principle of establishing two States for two peoples and to end the construction of settlements in Palestinian territories.

Earlier, the controversial Malaysian Prime Minister has called the Jews the people with “hooked noses” and said that “to be honest, the problems in the middle East began with the creation of Israel.”

Before he Erogan said that the Jewish state has created a “new wave of terror” against the Palestinians, demolishing 12 buildings in the quarter of Wadi al-Humus in the surroundings of East Jerusalem.