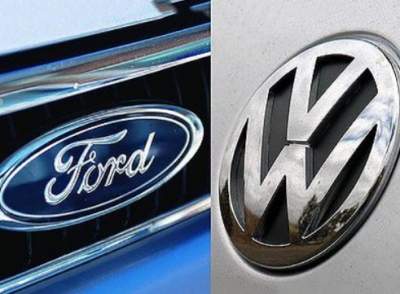 The company discuss the details of the transaction.

According to Reuters, the auto giants Ford and Volkswagen in the near future will report on the creation of the Alliance, which will save companies billions of dollars in the development of new technologies.

According to the Agency, the creation of a global Alliance can be announced at the Detroit auto show. Earlier in the companies themselves said that the creation of any Alliance does not involve the merger or exchange of shares.

The desire for closer cooperation underlines the growing pressure on global automakers in terms of trade tensions. Companies have to reconsider their strategies, and the slowdown in major world markets in USA and China, is pushing for spending cuts.

Another important factor: the growing demands on transport. They refer in particular to environmentally friendly transport. The global community requires that manufacturers of new electric vehicles, as well as improvements of transport with internal combustion engines to reduce harmful emissions into the atmosphere. And actively pursued in this area, to optimize costs, by consolidating our efforts.

According to the Agency, negotiations between Ford and VW are continuing: the company discussed the details of cooperation in the field of Autonomous technologies and electric vehicles. According to sources, will unite resources in the field of Autonomous technology. In addition, VW is investing in this direction Ford. It is also about licensing platform Ford electric vehicles MEB Volkswagen.

It is expected that Volkswagen will have access to the commercial Ford Transit van and the Ranger pickup, and will be able to produce their cars on the Ford.