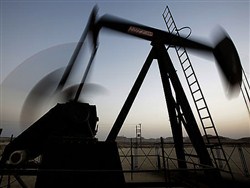 The international monetary Fund compared the loss of the Russian economy from falling oil prices in world markets and imposed by Western countries anti-Russian sanctions.

According to Tuesday by RBC with reference to the report of the Fund, the IMF experts came to the conclusion that the restrictive measures of the Western countries against Russia resulted in the slowdown of the Russian economy on average by 0.2 percentage points annually over the last four years.

Thus for the specified period, the negative effect from lower prices for “black gold” amounted to an average of about 0.65 percentage points.

Analysts of the Fund have considered the influence of tight fiscal policy. From this, Russia’s GDP lost 0.1%. Another 0.2% of the Russian economy could get if it were not restrained monetary policy pursued by the financial authorities, the IMF said.

Starting in 2014, when it was declared sanctions, GDP growth in Russia amounted to only 2.5%, while the economy could grow by 5.9% if it wasn’t affected by external shocks. The Fund noted that without restrictive measures, but when accounting for other factors, the economy would have grown by 3.5% for the period.