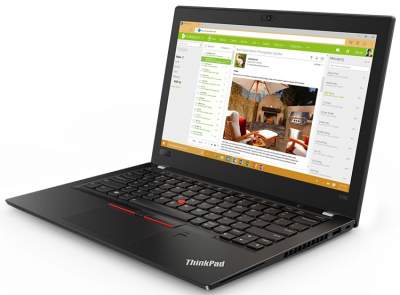 The ThinkPad on average were thinner and lighter.

Large international consumer electronics show, rarely do without exhibits Lenovo, and CES 2018 will be the venue for the debut of at least nine new laptops and “2-in-1” collections of the Lenovo ThinkPad X-Series, T-Series and L-Series. For new products characterized by such common features as the use of processors Intel Core of the 8th generation, enhanced support face recognition for Windows Hello, the presence of blinds for webcam ThinkShutter, connector for power adapter USB-C port to connect the docking station. In addition, the ThinkPad on average were thinner and lighter.

In addition, the manufacturer highlights the presence of a new 12.5-inch ThinkPad fingerprint scanner Match-On-Chip, output HDMI, combined headphone Jack and microphone. In the middle of the keyboard is the usual TrackPoint — miniature joystick, which can be used as a replacement for the mouse.

Basic configuration ThinkPad X280 is estimated by the manufacturer at $999 (here and below prices for the U.S. market without sales tax). In stores X280, like other laptop models from this note will appear before the end of the month.

Business people offers Lenovo laptops ThinkPad T series, each of which has the support of management tools enterprise it infrastructure with Intel vPro (thanks to the CPU/SoC Core). Two of the three laptops are equipped with a pair of batteries that will be useful in case the working day will be delayed, or the owner of the laptop will forget to connect the device to a power source with a PM.

Let ThinkPad T480 not as glamorous as representatives of the X-series, but his performance in the top configuration can meet not every new office desktop. The company Core processors, 8-th generation is up to 32 GB of RAM DDR4-2400, SSD and HDD drives up to 1 TB, and, optionally, NVIDIA GeForce 2GB GDDR5 MX150. Self-powered “hardware” is provided by two battery nominal 24 W·h, each, without recharging, they can hold up to 14 h 30 min

The recommended price of Lenovo ThinkPad T480 in the base configuration is $989.

Device ThinkPad T480s modest fellow that his total amount of RAM is limited to 24 GB DDR4-2400 (looks like 8 GB RAM is soldered directly on the Board), time, battery life does not exceed 13 hours and 30 minutes (from battery 57 WHr), and, in addition, there is no compartment for the installation of hard drive.

However, future owners T480s will still be able to rely on the high performance Intel Core i7 with vPro PCI-E SSD up to 1 TB and video card GeForce MX150 with 2 GB of GDDR5 memory (the latter is still better than the HD/UHD Graphics).

In addition to the usual Wi-Fi/Bluetooth and Gigabit Ethernet, for different configurations of ThinkPad adapters T480s announced LTE and Sierra Wireless EM7565 (a part of the auxiliary SoC Qualcomm Snapdragon). T480s equal dimensions 331 x 226,8 x 18,45 mm, and weighs a minimum of 1.32 lbs. In the sale of novelty will appear at prices from $1269.

The ASUS laptop T580 is addressed to those who characteristics of the above devices T480 and T480s seem too modest. To win the heart (and wallet) enthusiasts called the optional Ultra HD (3840 × 2160) IPS-matrix with a diagonal of 15.6 inches and tandem batteries nominal value of 32 and 72 W·h. the Latter will allow the laptop to operate without being connected to AC up to 27 hours. I think that to play the MX150 GeForce 2GB GDDR5 with such autonomy will be at least one night.

On set of application characteristics ThinkPad T580 almost all copies T480, except in a 15.6-inch laptop can be installed hard disk drive (in addition to M. 2 SSD) not one but two terabytes. In the most modest configuration T580 limited to integrated Intel HD graphics 620 and Full HD-matrix without touch input.

The ThinkPad L series is designed for the budget conscious public. In their characteristics will not meet the 1 TB SSD, two batteries, Thunderbolt 3 and Dolby Advanced Audio, however, to upgrade these laptops will fit in most cases. In the Arsenal of the 13.3-inch ThinkPad L380 appear: touch IPS display with anti-reflective coating and a resolution of 1920 × 1080 pixels, Intel Core 8th generation (up to Core i7), up to 32 GB of RAM DDR4-2400, M. 2 SSD up to 512 GB and the battery 45 WHr (up to 12 hours of battery life).

L380 ThinkPad Yoga — another “2-in-1” as described above X380 Yoga, however, this time — with the “filling” from the L380. Due to the more severe mechanism for fixing the screen weight L380 Yoga starts from 1.56 kg. Another difference between the “2-in-1” from classic notebook is the number of connectors USB 3.0 Type-A: those are not two, but three.

Considerable recommended retail price of $1049 (and above) can be explained by the fact that she will not be offered in the same modest baseline configuration as a ThinkPad L380. The thickness of Yoga and L380 L380 same — 18.8 mm.

Lenovo ThinkPad L580 can simply be described as increased L480 because of the similarity of their characteristics. As noted above, the L580 keyboard provides a numeric keypad. Other differences from the L480 — large diagonal screen is 15.6 inches, shorter work from a single battery charge (11 hours vs. 12 hours), the lack of options IPS multi-touch, on the contrary, the presence of an optional component of the 2-Tbyte HDD storage (instead of 1 TB).

About the new docking stations ThinkPad Docking Station at the time of preparation of this material was little is known. They provide owners of ThinkPad laptops (except for the “2-in-1”) an extended set of connectors, are equipped with powerful AC adapters, and anti-theft locks. 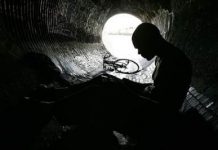 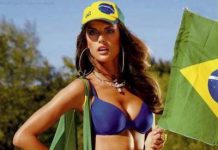 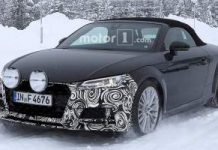 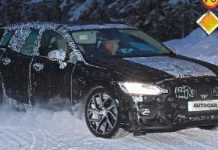