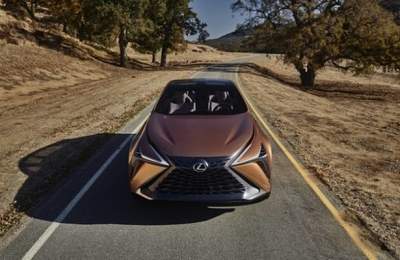 Company Lexus registered in the US patent office a new name.

Gorgeous big crossover Lexus LF-1 Limitless, which debuted at the Detroit auto show in January of this year, is a harbinger of a new serial crossover flagship of the brand, which will replace the LX models. Will look like the production version is still a secret. But the name seems to have been selected.

Company Lexus registered in the U.S. patent and trademark office the name LQ — obviously, it is so-called production version of the new large crossover. According to the publication AutoGuide, the letter L in the model name traditionally used to refer to the brand’s flagship models in each segment.
So, the luxury sedan of the brand is called LS, the largest current crossover — LX and the luxury coupe — LC. As for the letters Q, then it is highly likely that it will soon be the new designation for SUV models of the brand. According to another version, the letter in the name was reserved exclusively for the new crossover, to highlight its special status.

The design did California-based Calty Studio, which Toyota has already created a prototype of FT-1 (the harbinger of a revived Supra). Large (over five meters in length), the crossover was more squat than the current LX, with heavily littered with pillars and high window-sill line, long bonnet and massive rear overhang. Very interestingly shaped spoiler on the edge of the trunk. It is divided in two exactly in the center, and between the two parts elegantly “numb” panoramic roof, visually turning into a glass lid.

The salon is typical for prototypes follows: separate chairs, lots of touch buttons and displays, futuristic minimalism in every detail. The infotainment system is smart enough to perform the role of a virtual “Concierge”: based on the style of driving and the most frequent routes electronics can provide advice at the time and place of the pump, and if necessary prompt the right shops or cafes and restaurants and all trained to make life easier for driver and passengers.