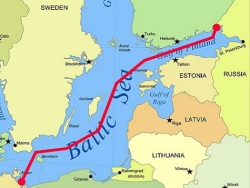 His machinations with the purchase of Russian gas via intermediary firms and its reverse Ukraine pays for the construction of “Nord stream-2”, which will eventually leave her without transit.

About it on air of TV channel “Russia-1” said Senator Franz Klintsevich, reports the correspondent of “Politnavigator”.

According to Russian politician, a new European gas pipeline builds, the same firm that supplies to Ukraine of Russian gas.

“French company that is building the “Nord stream-2”, against which you are extremely aggressive, it also supplies Russian gas to you, but supposedly European, not Russian. You pay one-third more than it’s worth. By and large the French firm you are paying for the construction of our “Nord stream-2”, — noted Klintsevich.