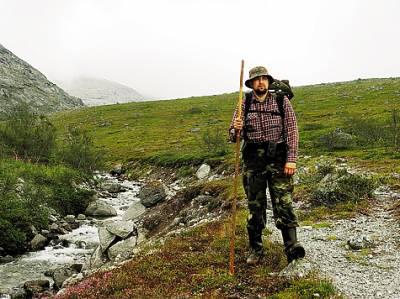 On Board there were only ten passengers. And no wonder: in the midst of the tourist season, they mainly aim at the South. My goal is again the Arctic. Small medium-haul aircraft in just two hours transported me from the hustle and bustle of the capital in the amazing mountain region of the Khibiny mountains, in the heart of the Kola Peninsula.

Now here the temperature is less than ten degrees and pouring rain. But the weather in the mountains is changeable, and perhaps I will be able to shoot standing photographic material during the long polar day.
Your weekly semidesyatiletiyu the route I laid in the most picturesque places of the Khibiny. From the beautiful lake Imandra path lay in a gorge of aku-Aku and Yumyekorr, and after the namesake of the pass I went to the valley of the rivers Golovka and Chesniak, then it was planned to pass under the name of southern Color, access to the control and rescue station Kuelporr continue along the mountain river Koniak, in the direction of Kirovsk.

As for equipment, the mountain is known to dictate the rules. The most important aspect is the weight of the backpack. That was not too tedious to overcome the constant ascents and descents, it should not weigh more than fifteen pounds. So everything I could do during the week avtonomki, stayed home.
The most important things in the journey — a tent that protects from rain and wind, and a sleeping bag for a comfortable sleep. And, of course, reliable shoes. The sharp stones of the mountains, “live” kurumniki, tenacious roots of the dwarf birch and sharp knots of fallen trees can be torn to shreds Hiking boots, to injure the feet of the traveler. So I prefer the time-tested and hundred kilometers boots of sturdy leather. Clothes — pants free cut with a high waist that won’t constrict movement while jumping from stone to stone, vest, shirt and a rubberized raincoat.

In the mountains are frequent strong fluctuations in day and night temperatures, so in case of cold weather, and unforeseen circumstances I took with me are irreplaceable fluffy jerkin. This virtually weightless suit for eider feathers are great to protect from low temperatures, besides it can be used instead of a sleeping bag. The clever design of a multifunctional undergarments allows it to use almost year-round. Without no cost no my journey North. By the way, is an indispensable thing for winter fishing and hunting.

In addition to the above, in the backpack there was a place for small gas burners in case of prolonged bad weather. However, I often cook a small titanium stove-depocyte, which has several advantages: it can be flushing any debris from under the feet, it perfectly fits the standard army pot, the baby easy to carry from place to place. Moreover, it is good to use as dymokury to effectively repel the pesky blood-sucking. All my needs with supply in the campaign
covers powerful solar cell with an external drive.

At the end of summer in these parts is ripening a lot of mushrooms and berries, so you can save on groceries. Grocery layout for a week as follows. A couple of cans of corned beef, three hundred grams of buckwheat, rice and oats, a pack of tea and coffee, a little honey, nuts and dried fruit. For “taste” I always take a little bit of salt, pepper, dried dill, parsley and garlic…
The path to the gorge Aku-Aku took half a day. Dense forest tightly enveloped all the approaches of the mountains and their slopes. It was hard to go. And the mosquitoes had drank my blood. Totally exhausted, I climbed into the tent. Had a good rest and gather strength for tomorrow.

Woke up at six in the morning. On the street gloomy, gray, windy. Brewed a Cup of tea with blueberries, cooked some porridge with honey, would snatch a hurried Breakfast and go. Three hours passed the ravine Aku-Aku, completely littered with huge boulders. The going was treacherous. God forbid, will turn up the leg, you will have problems. But was rescued by a long stick, which I cut in the beginning.

But the gorge of Yumyekorr to go was a pleasure. Convenient gently sloping trail led to the pass. Ran the gorge, I started to take the pass slow, monotonous and tedious. And stepped into the saddle. On the one hand could be seen of the Imandra lake with thick forest on the outskirts of the mountains, with another — my eyes were opened to the beautiful mountainous country, with peaks, passes and valleys.
As soon as I crossed the pass, the weather changed. Shone the bright sun was warm. Strapped a solar panel to a backpack, I walked along the Creek in the valley of the confluence of two mountain rivers — Golovki and Chesniak. Landscapes of unforgettable beauty were constantly being told to stop. In the middle of the day without any complications I reach the point of a planned Parking lot. Even earlier than I expected. Well, well, have time to calmly set up camp, freshen up, eat and make a journal entry.

The weather was fantastic: the temperature is not less than plus twenty, bright sun. Well, how not to climb a swim in the icy mountain stream! Icy, she cheered and gave strength after the long March. Pochlebaev mushroom soup and admiring the mountains, at nine in the evening I went to rest in the tent. It was a wonderful day in all respects.

The morning I was greeted by the same amazingly Sunny weather that I enjoyed yesterday. I moved to the side of the pass South Chorgorr, not knowing what might be there experience. But it’s too late. Now easy path meandered along the river Chesniak, revealing at every turn the scenery of incredible beauty.

Gradually the path gained height. The wind picked up. Soon he became so strong that I had to hide behind some huge boulder to rest. The rain has gone. When I got to the place where, according to the map, must be the pass, visibility due to fog did not exceed twenty meters. Everywhere you look, around the stones and impregnable ridge of Color. Three times tried to climb up. However, the slope of fifty degrees were forced to think about the advisability of such a decision. The stones were “alive”, constantly showered. I began to be overcome by anxiety…
When the fog lifted a little, I saw the saddle of the pass and again began the ascent. A huge unstable rocks, crevasses, coupled with squally wind made me think to turn back. Shouldn’t this pass in order to part with life on it. But looking down, I decided that I’d rather climb up than to descend. So go for it! Three hours I crawled to the saddle of the pass, soaking wet from sweat. The wind knocked down. The temperature was about five degrees. To get out of this inhospitable place, I needed to relax a bit…
The way down was as difficult and dangerous and took three hours. Several times I slipped on the scree, but was assisted by a pole. Don’t know who assigns the category passes and why is this not categorically acknowledged. I would have him handed over some category, he deserved it. Oh, and I had suffered with him the fear! Exhausted so that the last m overcame a goose step. Besides no water and I’m thirsty. Once on the way, I got the first bushes chernichnie, I sat down and began greedily raking juicy berries.

Totally exhausted, came down the slope and walked towards the proposed Parking on the river Chesniak. Hastily put up a camp, cooked a hearty dinner and went to bed…
The next day I had to walk to the control and rescue station Kuelporr. The road is rather short and simple, but the way the weather deteriorated. However, the cold, gusty wind, pouring rain — it can’t stop a seasoned traveler! Collected on the road selected boletus, three hours later I was on the rescuers.

For a nominal fee, the guys gave me a hut with a stove. Simple hut for me, was better than any five star hotel. Boil some tea, ate mushrooms and thought how unpleasant in this weather to sleep on the street! And in the evening the guys promised to heat me a bath.

By and large, my main route has been successfully passed. Time the stock had enough and I decided to stay with rescue for a few days and make a radial light.

The next morning went for a walk and take pictures of the Beautiful waterfall near the base. He took with him only a camera, a tripod and a light snack. The output took about four hours. After shooting the falls from different angles and discharge the battery, went home to the base. On the way back picked up a pot of blueberries and, as usual, selected aspen, which was my diet for the last five days. The weather again deteriorated. It rained… And my hut was warm and cozy. I was sitting near the stove, sipping a blueberry compote.

In the evening at the base in three cars arrived, the tourists who followed in the direction of Kirovsk. They offered to give me a ride to the city, I agreed and thus saving twenty-five kilometers. 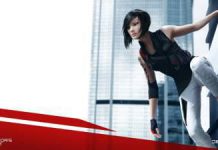