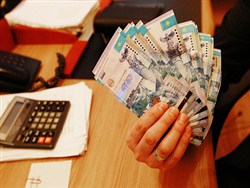 The Kazakh authorities have changed the design of coins and banknotes of the national currency — tenge. Now they will not be inscriptions in Russian language. The corresponding decree of the President Nursultan Nazarbayev published on the website of the legal information system “Adilet”.

“The text used in the design of banknotes and coins, issued in the state language. In the design of investment and collection coins allowed the use of inscriptions in foreign languages”, — the document says.

While Russian language can be used in the design of investment and collection coins, issued by the National Bank of Kazakhstan.

The old rules allowed the use of Russian along with Kazakh in the design of banknotes and coins.

Russian has the status official, but not a state language in Kazakhstan, and in accordance with the Constitution, can be used in public organizations. The authorities have carried out a policy of “trilingualism”, encouraging the population to study, in addition to Kazakh, Russian and English.

In 2016, President Nursultan Nazarbaev demanded significant to dismiss officials who refuse to talk to people in Russian. However, in February last year, he said that the authorities — the Parliament and the government should go in its work in the Kazakh language.