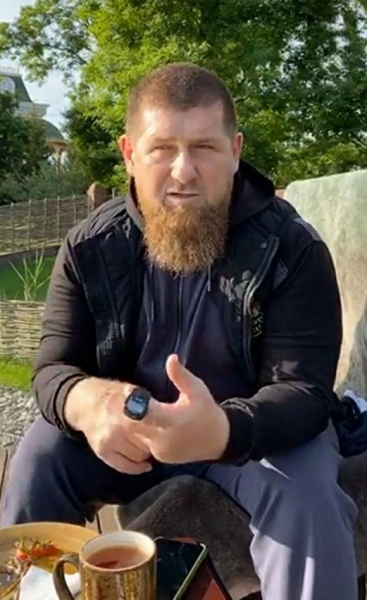 During yesterday’s meeting of the operational headquarters for the fight against coronavirus in Chechnya on the hand of the head of Republic Ramzan Kadyrov was a medical catheter, it got to the footage of the TV channel GTRK “Grozny”, later the story was removed, but a fragment published “Novaya Gazeta”.

Today the head of the Republic appeared live in Instagram his assistant Ahmed Dudaev, where they talked about his condition including. This time of the catheter on the hand of the head of Chechnya was not. According to officials, he was put on a drip for lifting immunity.

“Even if I’m sick, there are millions of people infected with coronavirus, tens of thousands died, am I not a man? Have no right to get sick? Do not have the right to set up a drip and to raise immunity, hemoglobin? I’m a perfectly healthy person (quoted by RIA “Novosti”),” — said Kadyrov.

We will remind, on may 22, Baza passed, that Kadyrov is in hospital in serious condition, doctors diagnosed him with a coronavirus. It was also reported that the leader of Chechnya is in the Moscow clinic.

Subsequently, the speaker of the Republican Parliament and the head of the regional oberstab Magomed Daudov said that the head of Chechnya, Ramzan Kadyrov, healthy, and rumors of his infection COVID-19 not true.