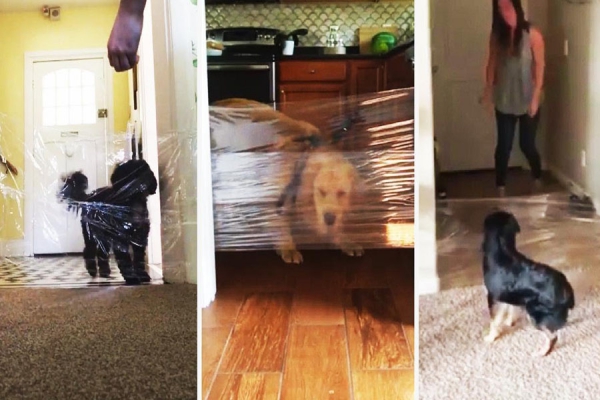 Some pet owners have invented their seemingly funny joke their Pets.

And soon this fashion under the name “InvisibleChallenge” is widespread in the global network.

The essence of drawing is the fact that the owners pull in the doorway colorless plastic film and beckon dogs.

Themselves they just step over this barrier, whereas animals are not able to see the film and so I can not understand what separates them from the owners.

The appearance of these embarrassing and startled animal just amused of the owners. Many of these commercials, which depicted a drawing of our little brothers flooded the social network.

However, not all users find these actions to make people laugh. Many believe that such human behavior in relation to their Pets is absolutely immoral.

As for specialists, they also do not like such entertainment, although they do not see them actually causing harm to animals. For example, Laurie Hess, considers that such drawings of Pets, which are fully trusted by their masters, can not serve as cause for laughter. In any case, veterinarians are reminded that owners must ensure that their wards do not have to chew on this tape, because this could lead to serious consequences.