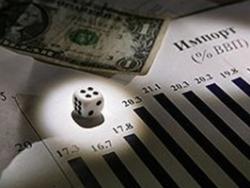 Nobel laureate in Economics Joseph Stiglitz suggested to stop using GDP (gross domestic product) to measure the state of the economy and come up with a new metric. It should take into account not only economic growth but also socio-political problems.

According to Stiglitz, GDP is outdated. The world is struggling with a climate crisis, a crisis of inequality and the crisis of democracy. GDP does not account for any of these problems. Because of this policy see positive GDP and think everything is fine.

“If GDP growth is unsustainable, because we are destroying the environment and use limited natural resources, our statistics should warn us,” writes the economist.

Standard measures of GDP do not give instructions on how to overcome inequality. “What with the fact that the GDP will grow, if the majority of citizens will live worse?”, — asks Stiglitz. He cites the example of the crisis of 2008: in the first three years after him, about 91% of the profit was in the hands of the 1% of people. Therefore, in his opinion, many doubted when they were told that the economy is recovering.

Stiglitz convinced of the importance of good metrics: “If we measure the wrong things, we will make the wrong decisions.” He submits that technology now provide the authorities with better tools for measurement, and, fortunately, the international community began to use them.

Earlier, another Nobel laureate Abhijit Banerjee has proposed to raise taxes for the super-rich and “giving away” money the majority of people. So he wants to stimulate the economy is based on demand.