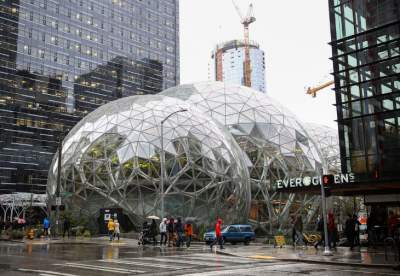 Here my dream is to work many.

7 years designed and built the new office is the world’s largest Internet-shop Amazon in Seattle. Its name — “Sphere” — it is fully justified: in the business part of the city “grew” three glass domes, height of the largest of which is 27 meters. According to Bloomberg, the project has cost Amazon $4 billion.

To work in the new office will be 800 people. A total of 5 million dollars for one job. 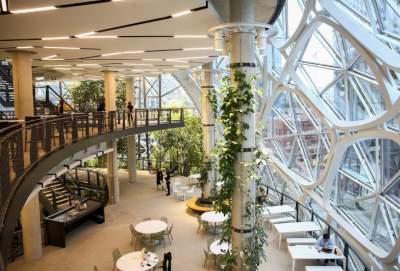 In the “Fields” Amazon employees will meet a real rainforest. Here planted 40,000 plants from 30 countries. (Photo By Lindsey Wasson): 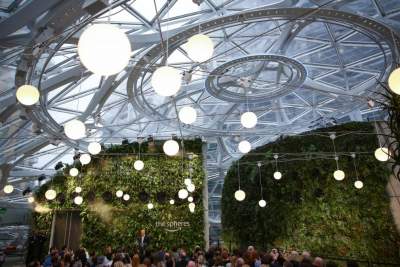 In one of the areas the designers have designed a 5-story vertical garden, waterfalls which is fixed on a special grid. And meeting rooms, called “bird’s nest”. (Photo By Lindsey Wasson): 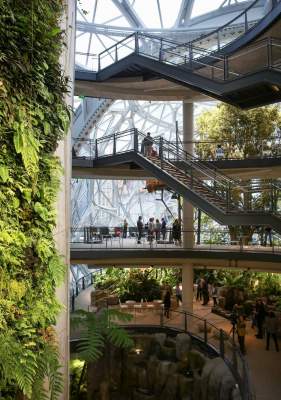 Inside the office created a special microclimate. The sound of running water and the smell of flowering plants. Temperature is maintained at 22 degrees, and the humidity is 60%. In addition, the ventilation system will create a natural breeze. (Photo By Lindsey Wasson): 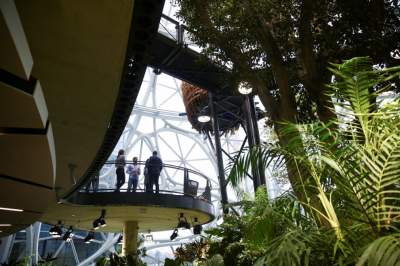 Perhaps the main “object” of “Spheres” of the Amazon — a tree with the name ruby. On one of the farms of southern California was found 16-foot tree in the family fikus — Ficus rubiginosa, planted in 1969. Plant weighing more than 16 tons were transported to Seattle, and its transportation and landing inside the sphere was named one of the most difficult tasks of this project. (Photo By Lindsey Wasson): 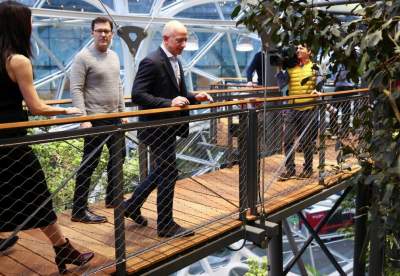 In the “Fields” Amazon Wi-Fi, tables and chairs for the negotiations. However, despite the fact that the greenhouse is designed to relax employees, Amazon will keep track of how much time the employees spend in the garden, and if not abused the privilege. (Photo By Lindsey Wasson): 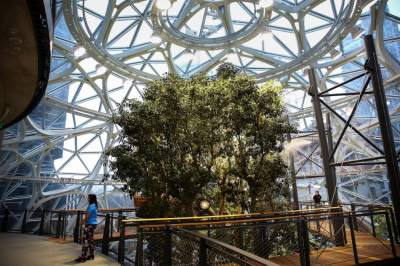 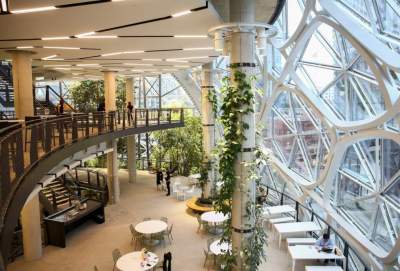 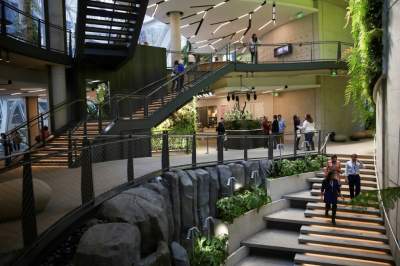 Yes, it is. The founder and head of Amazon Jeff Bezos recently broke the historical record of Microsoft founder bill gates-sized fortune. He led the top billionaires, his fortune is estimated at $105.1 billion at the exchange rate at the beginning of January 2018, it was more than 6 trillion rubles. But that was long ago, and February 2, the founder of Amazon earned $6.5 billion in just a few hours after that, as Bezos during the additional auction (after hours) increased from $116.4 billion to $123 billion At the exchange rate that is 6.9 trillion rubles. (Photo By Lindsey Wasson): 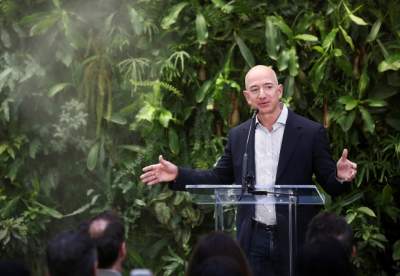 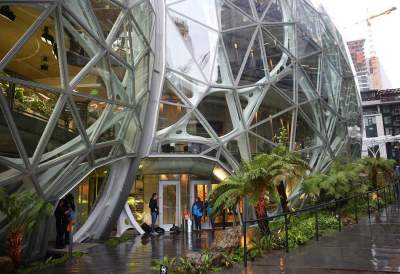 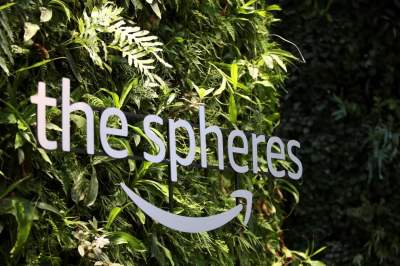 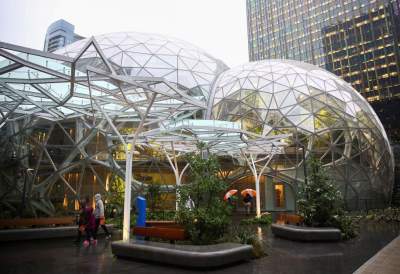 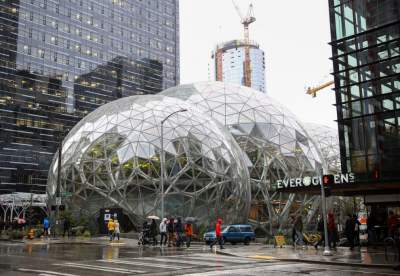