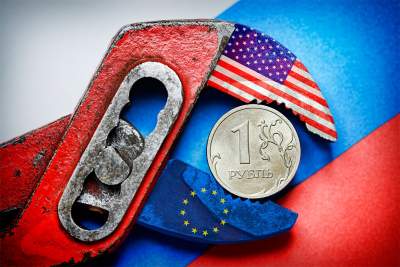 According to the study, the greatest losses suffered by Germany.

Germany suffered the greatest losses in exports because of the EU sanctions imposed on Russia over its aggression in Ukraine.
It is reported by the newspaper Frankfurter Allgemeine Zeitung, citing a study by the Institute of world Economics in Kiel.

It is noted that the average monthly fall in exports in Germany is 618 million euros compared to the scenario in which the sanctions are absent.

According to researchers, the total losses from sanctions in 2015 amounted to 97 billion euros. 61% of these losses suffered by the Russian company. Western States lost of the sanctions of 37.5 billion euros, 90% of which accounts for the loss of European countries.

Restrictive measures were first introduced 31 July 2014 for one year in response to Russia’s actions, zastabilizirovalsia the situation in Ukraine. They were reinforced in September 2014.

They are aimed at the financial, energy and defence sector and dual-use goods.

19 Mar 2015 duration of sanctions associated with full compliance with the Minsk agreements, which were to be completed before 31 December 2015.

Since this did not happen, and given the fact that the Minsk agreement has not been fully implemented, the EU Council extended sanctions.

It is expected that the EU summit will be a political decision on the next extension of economic sanctions.