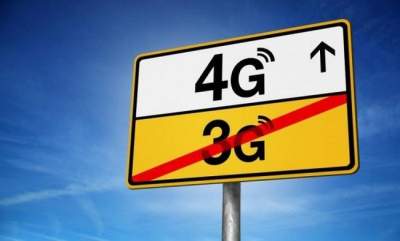 Vodafone noted that the most likely 4G connection in Kiev will be launched in April.

Mobile operator Vodafone Ukraine is planning to introduce a 4G connection in a test mode in Kiev in April, in frequency bands 2510-2520/2630-2640 MHz.

This was announced by Director of corporate management and control Vodafone Ukraine Oleg Prozhivalsky.

“We will offer point services are already in the month of April”, – he said.

Adding that most likely it will be Kiev.

The company did not specify the required amount of investment for introduction of 4G communications, but drew attention to the fact that it is cheaper than 3G.

“We got a lot for the possibility of introducing 4G. If we don’t have 3G, and immediately went to 4G, of course, it would be a great investment. And since we have already invested a lot in building a 3G network, hoping that in the future will be 4G,” said prozhivalski.

It is also noted that this license, the company has a cost of 631 million UAH.

In addition, the company announced that it expects to obtain licenses to use frequencies in the 1800 MHz band, and only then plan to deploy a full coverage – roughly it will be in July.

“The 2600 MHz band will be very popular, when we fully load 1800 MHz, and 1800 will be loaded very quickly. 1 calendar year in all regional centers have 4G, as well as the competition, everyone will try to do it faster,” said prozhivalski.