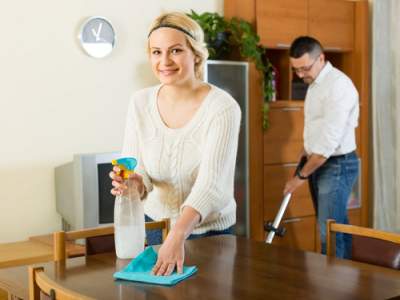 Perhaps you intuitively felt that housework calms and distracts you, uplifting.

Now your guesses confirmed by scientists.

They found that women who engaged in household chores 6 hours a day, have 13 percent lower risk of developing breast cancer than their counterparts engaged in sedentary work.

Even those who spent on housework 2.5 hours per day, the risk of cancer was lower by 8 percent.

Researchers at Oxford University interviewed on the subject of physical activity and diet, more than 8,000 women, including patients with breast cancer.

It turned out that between employment and household chores the incidence of this disease there is a relationship.

Previous studies have shown that more than three percent of breast cancer cases, more than five percent of colon cancers and around four per cent of cases of cervical cancer were diagnosed in people who have paid physical activity at least 150 minutes a week.

150 minutes a week is recommended by the doctors, “dose” of physical activity. Basically, they suggest to devote them walking fast.