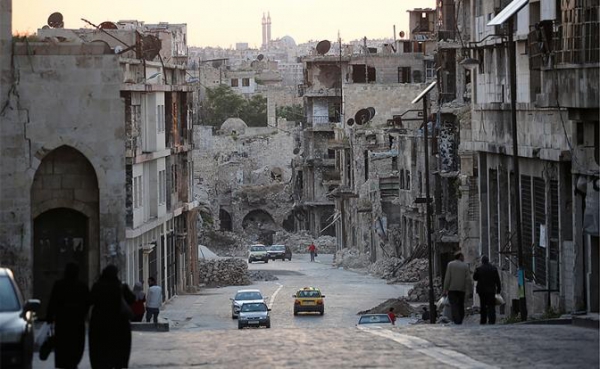 There is a prospect that Erdogan will lose popularity and therefore political power in Turkey because of its military adventures and perhaps will look for exit from Syria.

In our report, “Syria on the boil, and Iran heats up” (“Syria Boils Over While Iran Heats Up’) covered the recent revival of the group “Hayat Tahrir al-sham”(HTS) in her attempt to escape from Idlib in the North, while the national front for liberation (NLF) have resumed attacks near Deir ez-Zor. NFE is primarily supported by Turkey. Repeated attacks of terrorist groups takfirist in the North and the South have forced the Russian security forces and local authorities to respond.

Field commander Miraj Ural, also known as Ali had Kali of Pro-government popular front for the liberation of Iskenderun, was seriously injured July 5 in an attack on the murder was reportedly carried out by captain Naji Mustafa banned from the group Jabhat al-Watani Lil-Tahrir, a member of the NSF.

Ali had Kali accused of war crimes, but according to reports from the field, the commander of the Ural has done a lot in order not to allow terrorists sponsored by Turkey (NFE), to keep their base in Latakia. Although the interim loss of the commander of the Ural and can cause a negligible impact on the Syrian government, the more important is a major outbreak of new fighting in the North-West. The concern is that Turkey and the United Arab Emirates on behalf of the United States, Saudi Arabia and Israel allowed terrorist groups HTS and the FLN to regroup and rearm after an uneasy truce in Idlib achieved last year.

According to the interactive map in the last few days and the Russian government (Syrian — S. D.), the security forces actively defended their positions and the population from terrorist attacks takfiristov in the North-West and South.

Further reports indicate that because of its “sympathy” to an oil field near (the Libyan city — S. D.) Misrata forces in Turkey can be too “stretched” due to the war on two fronts. Because Turkey is supporting the regime change in Syria — in support of its “pipeline war” in this country — and de facto supports the Misrata and the government of national accord (unity) in Libya, Turkish forces are dispersed economically, militarily and, to some extent, politically. This is because Turkey’s relations with Saudi Arabia and the United States over time has deteriorated.

The author of these lines believes that the above could be the reason why Turkey 4 July called on to hold a trilateral summit with Russia and Iran in Ankara. The meeting is scheduled for August 2019.

One of the versions explaining this fact, is that the failure of Washington effectively to help Turkey in its current adventures — Turkey and the United States competed for the US tariffs on Turkish aluminium and steel, as well as on the problems of arms — partly to force Turkey to sue for peace. In other words, it is expected that Turkey will leave from the North-West.

There is also a prospect that Erdogan because of his military adventures, is losing its popularity and therefore political power in Turkey, and perhaps looking for how to get out of Syria. However, to leave Libya Turkey will be difficult, because from there it imports cheap oil.

The Israeli air strikes in the vicinity of Damascus increased tensions and complicate “the Syrian equation” including Turkey. The airstrikes Israel was a symbolic gesture designed to intimidate others; despite the empty and senseless avitruc, this show of force was not past the eyes of Turkey.

Turkey has its own tensions with Israel and the emergence of Turkey from Syria may be one of the ways to reduce this tension. It is noteworthy that on July 2, Israel has not conducted any air strikes in the Northwest — at the time, as there were special forces and the Russian space forces. And over time Israel will find it increasingly difficult to participate in any aggressive actions, because Syria’s air defense gradually updated.

Syrian coalition (Syrian, Russian and Iranian security forces) looks forward to the withdrawal of Turkey from the North-West; and in this case, the cease-fire may be possible, and even probable. One of the reasons is that the FTT will lose much of its support, and weapons can do to stop terrorists-takfirist in Idlib and in the North-West. Of course, the US and Israel will strongly oppose any ensuing agreement on a ceasefire or a peace agreement in Syria.

Israel and therefore the United States, seeking only regime change in Syria. The idea that HTS or the FTT, or any terrorist group takfiristov pose any threat to Israel, of course, absurd. However, Israel continues to see the Assad government as one of the threats to the expansion of Israel to the East and will secretly use these groups takfirist in the ongoing Israel’s desire to the change the Syrian regime and the control over the country.

So, if Turkey will go from the North-West, the coming back of Israel to fill the power vacuum the FLN? This seems highly unlikely in light of the deliberate ambiguity of Israeli politics. This policy means that Israel cannot publicly demonstrate their true plans, that is, that in support of its expansionist program in the entire middle East, Israel supports terror. And such a conclusion would represent for US a certain dilemma and stressed the us role in supporting terrorism in Syria.

But this is assuming that Turkey is leaving Syria In August… we’ll see how accurate this assumption is. And maybe not!