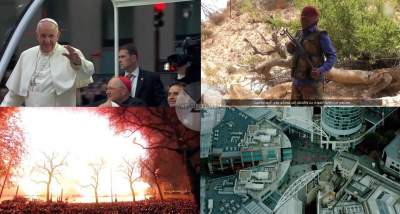 Under threat, and Moscow.

African branch of the militant “Islamic state” based in Somalia, issued a video urging his supporters to unite and attack everyone (including civilians) who fight with ISIS, by all possible means.

The focus of ISIS pays the fact that the Christmas holidays are events that are best suited for terrorist attacks using car ramming and attacks with knives and other.

One of the terrorists promised that soon they will come to Washington, Moscow, China and Europe.

The video includes footage of Pope Francis and other Catholic clergy over their heads which the jihadists draw the crosshair sights. 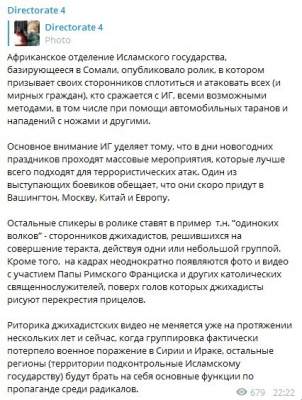