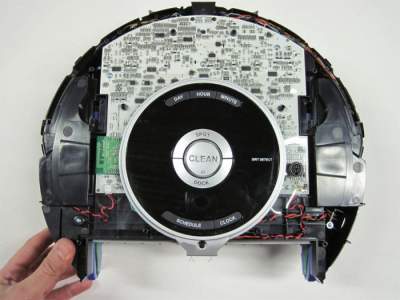 Information will not be sold without the permission of landlords

The company iRobot, which in 2002 launched a consumer robot vacuum cleaner Roomba, in 2015, has created a new version with built-in Wi-Fi module, camera and additional sensors.

This equipment allowed the device to create accurate maps of housing owners to ensure optimal performance.

CEO Colin angle said that collected the data iRobot plans to sell Google, Apple or Amazon in the next few years.

“There is a whole ecosystem of things which can give a smart home, as soon as accurate maps of the house, whom you will allow to share”, told about the prospects of Engl.

By selling such content raises issues of privacy of the owners. According to Engle, the information will not be sold without their permission. However, the CEO of iRobot, believes that “the majority will consent to access the functions of the smart home”.

The owners of the robot vacuum can opt out of providing data for the application iRobot Home. However, the privacy policy, iRobot provides an opportunity to share personal information without users permission in a number of cases arising, for example, the sale of assets or stock of the company, financing, reorganization, full or partial takeover by a third party.