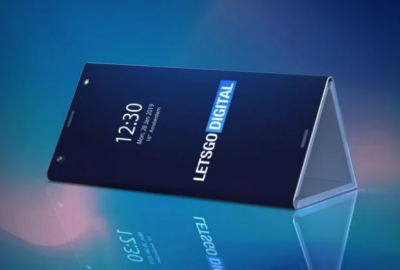 Among all flexible devices that have already announced, the novelty from Intel will be different operating system.

Intel has patented a sophisticated smartphone running Windows. The main feature of the device will be the large screen that unfolded to resemble a tablet.

In addition, all flexible devices that have already announced, the novelty from Intel will be different operating system according to 4PDA.

Such a decision, “blue” is a fairly controversial opinion. On the one hand, the Windows operating system has shown itself to be not the best on smartphones. However, if Intel will focus on what new product will be used as a tablet, the decision is justified. By the way, the company already announced support for the stylus in your phone.

It is unlikely that the gadget will appear on the market in the near future, but it demonstrates the interest of major vendors in the field of flexible devices.