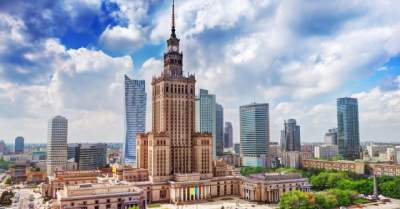 Residents should be prepared for complications.

In the Polish capital announced two degrees of alarm due to the holding of the conference on security in the middle East. The police will strengthen control of the streets, and the guards will inspect the cars of foreigners.

Today in Warsaw the first degree of anxiety ALFA and BRAVO second degree-CRP. This was ordered by the government tor the conference “Peace and security in the middle East”, which will be held in the city on February 13-14.

ALFA – lowest alert in a four-level scale for public services. They must maintain special vigilance and tighter control of public buildings in areas with large concentrations of people. Vigilance must keep the citizens informed the police about unusual situations.

BRAVO-CRP is the second degree in four-tier scale on the threat in cyberspace. Both the alarm will be in effect until Friday.

Also, residents of the Polish capital must be ready to complications.

In connection with the conference at the internal borders of Poland with other countries of the European Union introduced temporary control. Guests of the country must have a valid passport or photo ID and must be ready to control machines.

Until now, the control at the internal borders of Poland were temporarily returned several times during the Euro-2012 climate summit in November 2013, during World youth day, the NATO summit in 2016 in connection with the climate summit in Katowice, which took place in November-December of 2018.