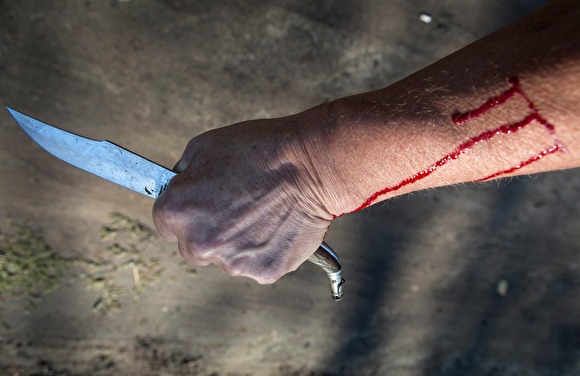 A resident of Vorkuta killed his friend, and then photographed against the backdrop of a corpse. It is through this photo, he was detained. Killer received 20 years of a colony of a strict mode.

According to the Prosecutor’s office of the Komi Republic, October 6, 2018 the man together with the friend drank alcohol. In the process, they argued, he grabbed the knife and repeatedly struck his companion in the stomach. He died at the scene.

After that, the murderer stuck in the neck of his victim four knives and made selfi on the background of the corpse. Taking the dead man’s phone and household appliances, the offender left the apartment.

It was not his last murder of the night. Taxi man went to the center of the city. There he stabbed a passerby on the grounds of a sudden dislike. His smartphone, the attacker was also kidnapped.

Next stop for vorkutinsk was the restaurant. In it a man, why it was to show phone pictures and video from the scene of the first murder. After drinking more, he began to behave inappropriately, so the restaurant called the police. That brought the man to the duty part.

At the police station he fell from his pocket mobile phone, the screen is not blocked. The police saw the image of slain men. On the question of who is vorotinez replied that this man was no longer alive.