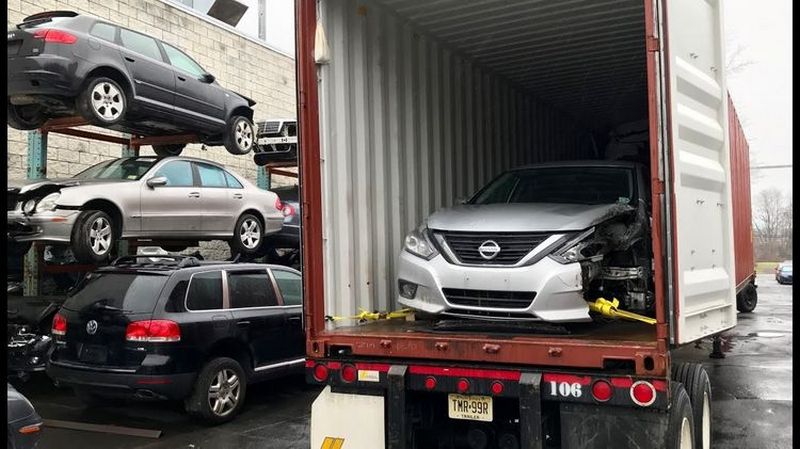 What will happen to car prices.

Ukrainians promise cheap cars. In some segments of the market, prices are falling right now. For example, you can save considerably on cars from USA. For others, particularly, used cars from Europe and even a new car will by mid-summer-early autumn, reports the Chronicle.info with reference to Country.

We understand that prices for cars.

The market slowed down, fraudsters have intensified

As told the head of the company Autoconsulting Oleg Omelnitsky, now the Ukrainian market is experiencing not the best times.

Due to quarantine sales of used cars fell sharply. The main reason is the car can not change it as not working service centers of the Ministry of interior.

“If, say, a car from the US you can obtain from the seller any documents and to put on record after the quarantine, when buying with it on the domestic market, we have to take our word for it. People take their own risk under the promise to re-register a car after quarantine. Even the power of attorney to difficult, because officially, the notaries do not work. If you manage someone to call, then later a power of attorney can be easily challenged,” — says Omelnitsky.

In this case, surprisingly, the prices of used cars in the domestic market, almost fell.

“There are a few case discounts, but it’s not massively. Sellers also prefer to wait the end of the quarantine, than to give the car for nothing,” — says Omelnitsky.

However, buyers increased the pressure on sellers — require bargaining to 15% of the declared price.

“For some reason people have decided that car owners are already broke and will give machines the gift. I put Mini Cooper for 6,7 thousand dollars, arranged for a test drive. In the end, the buyer offered only 5.5 thousand. I’m such a bargain is not ready, it can wait,” — said from Kiev, Oleg, which is already more than a month can not sell your car.

The attitude of buyers have already benefited from the fraud.

“In connection with the quarantine and temporary closure of service centers of the Ministry of interior, the market began to operate the auto crooks and criminals. They offer a very “sweet” price of cars, they say that will give you the notary General power of attorney on the car, sell it to you under the contract of purchase and sale, etc. Meanwhile, the proposed car might be wanted, with the interrupted numbers of a body and the engine, with fake documents and just double. Remember: the notary will never give the full vehicle testing on all bases, and will not make an examination of the numbers body and engine for their “cutaways” — wrote on his page in Facebook the Head of the Ukrainian Association of auto importers and dealers (VAAID) Oleg Nazarenko.

For new cars, the situation with registration is easier parlors put them on the account and issue numbers. However, April proved to be the new cars market failure — a minus of 48% compared to the same periods last year. Thus, according to Omelnitskogo, some sellers were able to increase their share.

“The leader again in April was the Renault, but now she is already 21% of the Ukrainian market, versus 19% a month earlier. In second place was Toyota, whose dealers also increased their share in April. But although Kia and remained in the top 3, lost 57% in volumes,” — said in Autoconsulting.

Analysts say that the best quarantine carry premium brands On them, though there is a decline in sales, but not as much as pushing through a more budget brands.

When will sales begin

Experts predict that in the near future the prices of cars in Ukraine may be reduced — and not only, but also for a new one.

Already dropped the price of used cars from the United States. Because of the epidemic the demand for used cars at U.S. auctions fell sharply, which affected the price tags.

For example, at auction, Copart BMW 3 series 2017 recently went for 7 thousand dollars, although previously to buy a car cheaper than 10-11 thousand was practically impossible, — said the Kiev dealer involved in the supply of cars from the States.

Some models, according to him, it is possible to buy almost twice cheaper than the quarantine.

While in our market of these cars a bit, they are brought under specific customers. But it is possible that after the quarantine, they will be on the market and bring down the General price level.

There is also the possibility that cheaper used cars from Europe, says Oleg Omelnitsky.

“Now in a number of countries discussed the program of support of car industry. It will be new recycling programs or compensation for the purchase of a new car to replace the old. Due to their plan to spur demand for new cars. And b/y will be implemented in the EU, including to Ukraine. Possible good discounts. But these programs earn only a few months. The first batch of depreciating a car from Europe we will be about to fall,” — says Omelnitsky.

According to him, the expected delivery of new cars at a discount.

“It will be a separate lot production late 2019-early 2020, other markets that collapsed even more than ours. In some countries, the decline in sales was 70-80%, and, for example, in India in April on record did not put any new car,” — said the expert.

According to Autoconsulting, in port “Black sea” has already gone two vessels that delivered a record number of cars and heavy vehicles. Neptun Hellas (length 170 m, a deadweight of more than 11 thousand tons) delivered to the port of 865 units of wheeled vehicles. The following came also Iris Ace (length 188 m, deadweight of 14 thousand tons). He went ashore 1845 cars.

“If on average, the port handles about 2 million units of motor vehicles, one vessel of this class has made possible the realization of almost the monthly plan for this type of cargo”, — noted in the Administration of seaports of Ukraine.