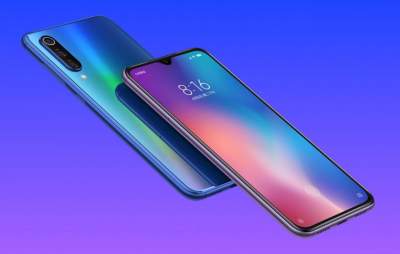 Recently we wrote that in Europe, began selling smartphone Xiaomi Mi 9 SE, and now it became known that the novelty has got to the Ukrainian market.

Xiaomi has opened pre-orders on the device, while its sales start in early next month on may 8th. For the Junior modification of memory with 6 GB of RAM and 64 GB ROM asked 10 000 UAH. The top version, in turn, with 128 GB of storage will cost 11 000 UAH. For comparison, in China, the smartphone costs $ 300. This is slightly more 8000 UAH.

Recall, Xiaomi Mi 9 SE is a simplified version of the flagship Xiaomi Mi 9. The novelty has received 5.97-inch AMOLED display with Full HD resolution+, Podebrady scanner and a keyhole with a 20-megapixel front camera. For the heart of the device corresponds OCTA core mid – range Snapdragon 712 with a clock frequency of 2.3 GHz.

The device can boast a triple main camera. The main module Sony IMX586 48 MP. Further there are two additional wide-angle 13 MP with a coverage angle of 123 degrees and a telephoto lens at 8 MP.

In Mi 9 SE has a battery of 3000 mAh with fast charging USB port. Also has a NFC module for contactless payments, Google Pay.