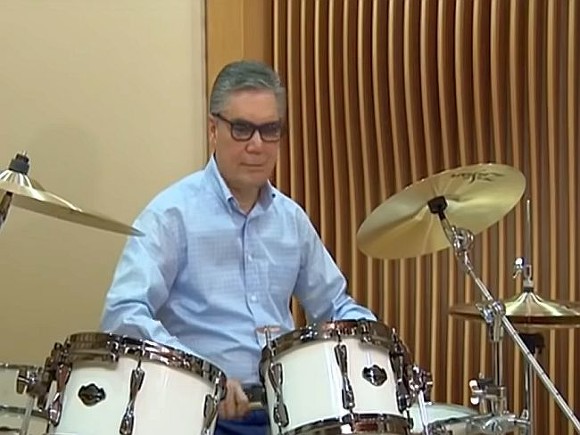 Berdymukhamedov brought in all conceivable talents. However, the country is starving, and tuberculosis are treated the dog meat.

The poorest and closed Central Asian Republic, officially named last year as “the homeland’s prosperity” — related slogans every step reminded doubters — this year will be to live under the motto “Turkmenistan — the Motherland of neutrality.” Probably, with “prosperity” here is all right, and now the obsession of the country’s President Gurbanguly Berdimuhamedov became neutral, nobody, however, is not contested.

In General, the slogan in mass and an emergency procedure should be changed for a new one. But not at the expense of the state, and the impoverished population. According to Radio Azatlyk, state employees were obliged to ensure that all organizations flaunted posters of “Turkmenistan — the Motherland of neutrality.” Their production costs up to one hundred manats apiece. Moreover, from the state organizations again demanded to replace the portraits of the President on Berdimuhamedov’s not getting any younger, the burning of black hair already touched with gray. The price of the portrait ranges from 10 to 100 manats, and for it worthy of framing need to pay AZN 200: total, in national currency, three hundred, that is 85 dollars at the official rate and 15 at the black market rate.

But is it worth it? What other country can boast of a President, Peru which owns more than 50 books on a very different topic from the use of medicinal plants to “Psychophysics” herding dogs horses and Akhal-Teke horses. At all last year Berdimuhamedov showed many of their talents, including sports and the military. He was successful in racing, flying a helicopter, the military taught to shoot at targets from a moving bike, right to squat and “curl”. The head of state perfectly takes the rap on their own verses, and in the New year, he still admired the people art of the DJ. It lasted for pleasure for an hour, while he was still coaching the audience how to work on a DJ console.

And anything over Berdimuhamedov “joking” on social networks and in kitchens, but he became the hero of the two rating American Comedy programs — The Daily Show with Trevor Noah and The Last Week Tonight. Joke, in particular, on the fact that the President of Turkmenistan last year, sort of died (about stubbornly spoke and wrote), but the national television proved that he was still alive — sports and fun vacation. Rumors dispelled only after the “protector” of the nation appeared on the Caspian economic forum in Avaza and even flew to Japan and some other countries. Actually, this “passage” and was in Turkmenistan the main event in 2019.

The beginning of 2020 in the country was marked by several innovations. Note that Berdimuhamedov is a supporter of luxury and pomp, which the hungry population of Turkmenistan does not sympathize with. So, the main Christmas tree in Ashgabat was the highest in Central Asia — 40 meters. “Evil tongues” say that not due to the length of the wood and crowned by a huge eight-pointed star. Much more successful in Uzbekistan and Kazakhstan showed great modesty: tree in Tashkent stood at 36 meters, and Nur-Sultan — and at 26. In third place Dushanbe — the “growth” of the tree for the first time reached 29 meters, and in Bishkek — 27. Meanwhile, it is believed that the most aesthetically pleasing Christmas tree was in Tashkent.

But the pride of Uzbeks nothing compared to what the next grandiose construction started Berdimuhamedov in Turkmenistan, and what a bright “light” he gave small business: this year, the population after two years, were allowed openly and with impunity to open private shops, beauty salons, and various objects in the field of service. In General, a small business came out of hiding.

Also this year, construction will begin in the Republic of two cities — Ashgabat city and the new capital of Akhal velayat (region), the Governor of which is the President’s son — Serdar. The expense is worth billions of dollars — the state says that they have one. But the question is: who is to build a will? The population of Turkmenistan has been trying by all hook and crook to leave their homes for the amount of reasons: poverty, massive violations of human rights, absurd prohibitions, of the cult of personality of the President, the high level of corruption, etc. According to the index of political rights and freedoms international human rights organization Freedom House, Turkmenistan is in last place — 0 points out of 40. In the corruption perception index, the Republic of 161 th place out of 180. In the report of the international organization underlined that Turkmenistan is one of the most closed and repressive countries in the world. In General, its citizens it is time to envy the North Koreans.

But officially leave the Republic is extremely difficult, although in some incredible way in the last few years left a third of the inhabitants. This year, according to the publication TurkmenPortal, state migration service of the Republic announced the entry of online registration of passports. However, the website usually is out of reach. Generally, the queue for foreign passports at the immigration service lasted for eight months. But having received the paper, and even buying the ticket at the departing there is no guarantee that he will be released from the country. And without any explanation.

Moreover, the Turkmens do not produce their own power, they did not particularly welcome foreign state. In the new passports of the world index, published by Henley&Partners, Turkmenistan is a 90-place, i.e. its citizens without visas to visit 52 countries, which is the lowest in the area of the Central Asian States. From the point of view of free movement of the leader of Kazakhstan. In a rating it occupies the 67th position, with its passports can freely visit 76 countries. The second place of Kyrgyzstan — a 80-I in the ranking. It is followed by Tajikistan — 84 position, the row below Uzbekistan.

Why the suitcase mood of the citizens one of the most rich reserves of natural gas (fourth largest in the world) country? At the beginning of the year, the unemployment rate in Turkmenistan reached, according to independent experts, to 60%. The Republic is on the brink of hunger — for food Essentials huge lines. Last year Turkmenistan, formerly known as the world country, free providing electricity, gas, water, and salt, from the luxury of refused development of a market economy. She, however, continues to stagnate, while the standard of living of the population is rapidly declining.

In addition, the country censored and banned almost all: “immodest” women’s underwear, color hair, and nails among the representatives of the “beautiful” sex, their right to drive and even more ridiculous “no way”. In General, all “took”, except, apparently, the Berdimuhamedov and his entourage.

Savagery of life on “the Home of neutrality,” complements “Chronicles of Turkmenistan”. According to the publication, “the Sick and those who are registered at the TB hospital Lebap region, due to the lack or high cost medicines are treated by the dog fat and meat. 100-gram glass with melted dog fat is 900 manats, three-liter jar of dog meat — AZN 150. … Alternative for patients with tuberculosis treatment in neighbouring Uzbekistan, where the 21 days spent in hospital, including medication, costs $350. To visit a neighbouring country must obtain a visa”.

I wonder if he knows about the “dog medicine” very knowledgeable dentist education Berdimuhamedov following the treatment of folk remedies and their chief propagandist? And what he thinks about what pharmacies Turkmenistan disappeared traditional medicines even for heavy patients. They offer “replacement therapy” — the infusion of the gifts of nature.