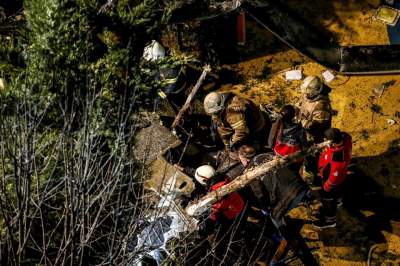 The incident occurred in the district of Çekmeköy approximately at 18:51 local time.

In the crash of a military helicopter in Turkey killed four soldiers.

On the scene were sent to police officers, firefighters and medical workers. Victims among the civilian population.

The official cause of the crash is still unknown. According to unconfirmed local media reports, the helicopter crashed during a forced landing.

First, the Governor of Istanbul Ali Erika reported that the military were injured and were hospitalized. Later, however, the politician said on Twitter that they were killed. He expressed condolences to their families.