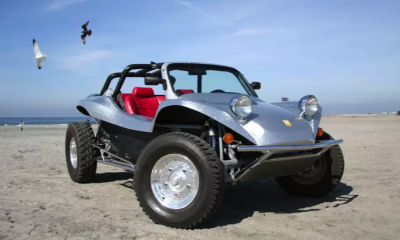 The firstborn of the electric line of Volkswagen hatchback will be the I. D. Neo.

The company Volkswagen thinking about the launch of a series of analogue electric buggy Meyers Manx from the 60’s. the Model will be part of the line I. D., which will include two cars in retro style: Microbus van inspired by the Buzz and a five-door hatchback, similar to the legendary Beetle.

According to Autocar, Volkswagen is now the user analyzes the prospects of the model. Buggy plans to build on a modular platform MEB and equip the power plant from the electric hatchback Neo. Externally, the car will resemble the original rear-engined Meyers Manx: big wheels, low body, safety cage. The decision on the model of Volkswagen will announce at the Geneva motor show next spring.

Original Meyers Manx manufactured by B. F. Meyers & Co. from 1964 to 1971. Buggy was offered in the form of a kit-car built on a shortened chassis of the Volkswagen Beetle. In 2000, the production of cars was resumed, the Meyers Manx company released a limited edition of the classic buggy, and in 2002 introduced versions of the Manxter 2+2 and Manxter DualSport on the full-size platform Beetle. In 2009, there was an updated version of the classic machine called Kick-Out Manx.

Assembly of the model will begin in a year at the plant in Germany. Other models of the family I. D. will be produced in China in 2020. Just by 2030 in the line of VW will be about 300 electric cars, vans, pickups and motorcycles.